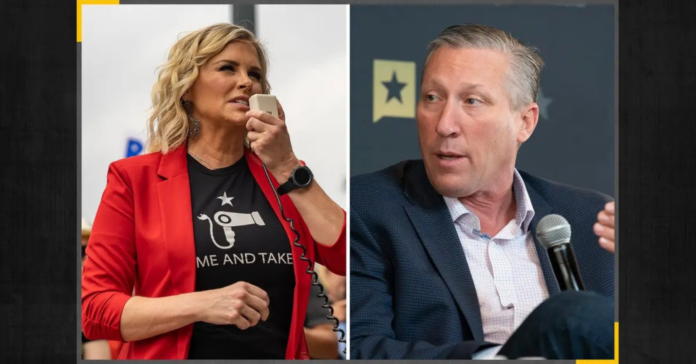 Gov. Greg Abbott announced Saturday that Dec. 19 will be the date for the special election runoff to succeed state Sen. Pat Fallon, R-Prosper.

The runoff in Fallon’s solidly red district pits state Rep. Drew Springer, R-Muenster, against fellow Republican Shelley Luther, the Dallas salon owner who was jailed earlier this year over her refusal to close her business due to coronavirus restrictions.

Early voting for the runoff will start Dec. 9, Abbott said.

Luther and Springer finished close together in the Sept. 29 special election, which included three other Republicans and a Democrat. Luther edged out Springer, 32.17% to 31.93%, ahead by 164 votes out of 68,807 total.

Fallon is vacating his mostly rural North Texas district after he won the nomination in early August to replace former U.S. Rep. John Ratcliffe, R-Heath, on the November ballot. Ratcliffe is now the director of national intelligence.

Fallon is likely to win the November election due to the congressional district’s strong GOP lean, so he announced his resignation in late August to kick off the process to fill his state Senate seat. Fallon’s resignation is not effective until Jan. 4.