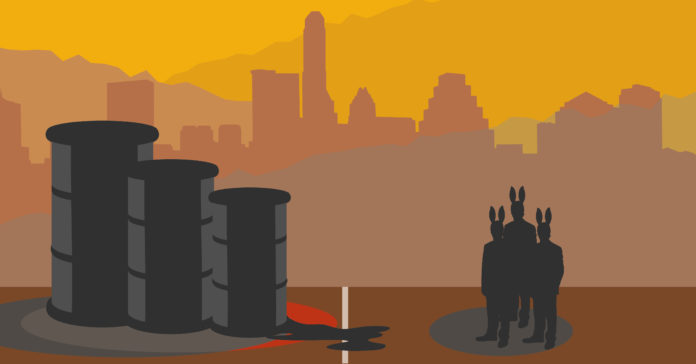 The pledge was introduced in 2018 by the group Oil Change U.S. and is endorsed by 17 non-profit organizations — including 350 Action, Greenpeace and Public Citizen.

The pledge simply states that a candidate will not take any money from the oil, gas, and coal industries.

Oil Change U.S. describes the pledge as “an open-source campaign tool” that can be used at any level.

“The ‘No Fossil Fuel Money’ pledge represents a bright line,” according to a statement from Oil Change U.S. Candidates that agree to accept the pledge will not accept any contributions more than $200 from PACs, lobbyists, or SEC-named executives of fossil fuel companies.

Currently, more than 1,800 politicians have signed the pledge. In Texas, more than 150 officeholders and candidates have decided to refuse fossil fuel funds.

Amongst the Texas House Democrats that have agreed not to accept any money from the fossil fuel industry are State Representatives Erin Zwiener (D-Driftwood) and  Rhetta Andrews Bowers (D-Garland).

The only other Texas House Democrats that have signed the pledge are State Representatives Sheryl Cole (D-Austin), Michelle Beckley (D-Carrollton), and Gina Hinojosa (D-Austin).

During the 2018 election cycle, 10 Democrats signed the pledge.