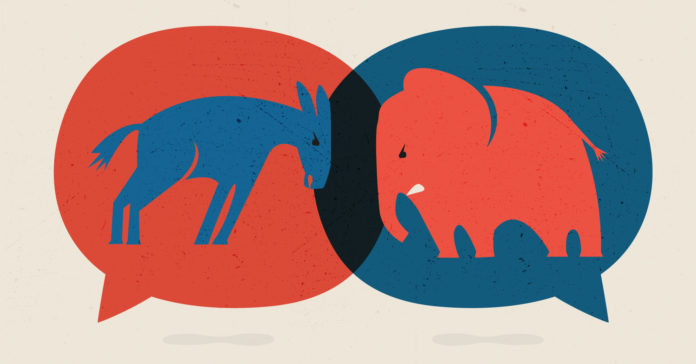 Amid rising concerns over the spread of COVID-19 across the Lone Star State, the state’s two political parties are clashing over how and when to have the 2020 Texas Primary runoffs.

Local officials now have the option of moving May 2 municipal elections to Nov. 3 — the same day as the 2020 general election, when voters will pick a president.

Gov. Greg Abbott also announced on Wednesday the postponement of Texas’ special election in Senate District 14 until July 14, due to mounting coronavirus concerns. Abbott’s proclamation postpones a vote to replace retiring state Sen. Kirk Watson (D-Austin), which would have been held on May 2. Watson will become the first dean of the University of Houston’s Hobby School of Public Affairs. He will retire from the Texas Senate on April 30, which leaves at least ten weeks without a state senator.

The delay is part of the state’s effort to slow the spread of coronavirus disease in 2020..

Alongside the announcement, Gov. Abbott also sent out suggested guidelines for local political subdivisions to use for reference when constructing their new election procedures in an election advisory order.

Texas Democrats have been advocating for the May 26 runoff election to be carried out entirely through mail-in ballots, the Dallas Morning News reported. Although past and present election officials cautioned against an “all-mail election,” Chairman of the Texas Democratic Party Gilberto Hinojosa said the state will not be able to “hold meaningful elections in May,” given the stark increase in coronavirus cases in Texas this week.

“An all-mail election, in which county election officials mail a ballot to every registered voter, is the only option that guarantees Texans’ right to vote while also protecting public health,” he said.

In Texas, only residents over age 65, those with disabilities, and people out of the county or in jail on Election Day are eligible to vote by mail. During the March 3 primary elections, that amounted to nearly 210,000 votes out of more than 2,000,000 cast in early voting, according to data from the Texas Secretary of State.

When asked about the Democratic push for an all mail-in-ballot election, Texas Republican Party Chairman James Dickey said the party is open to considerations.

“Any changes made to our election process must be made with great care to defend the rights of voters and the full weight of every valid vote” he told the Dallas Morning News.

The Democrats’ runoff includes a race in Texas Senate District 23 between MJ Hegar, a former Air Force helicopter pilot, and Royce West, a Dallas state senator. One of them will challenge Republican Sen. John Cornyn.

Texas Democrats filed a lawsuit Friday evening against the Secretary of State asking a district judge to declare the election code that qualifies voters to receive a mailed ballot because of disability currently applies to every voter in Texas given COVID-19 outbreak.