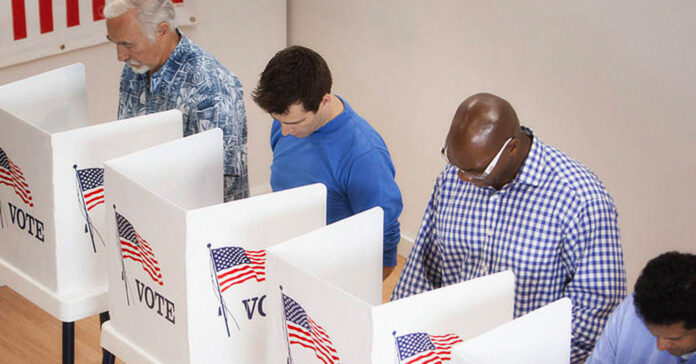 Last year, the Texas legislature passed one of the most onerous restrictions of voting rights and access in the United States, but it’s been meeting defeat in federal court.

The pushback on voting, particularly on mail-in voting, was motivated by conspiracy theories pushed by former President Donald Trump that claimed the 2020 election was rife with corruption and fraud. No evidence that this has been the case has ever been presented, and recent testimony to the January 6 Commission shows that Trump was well-aware his claims were unfounded. Nonetheless, Republican legislatures across the country used the Big Lie to push back on voting rights and access.

Texas is not doing well in federal courts. The laws were immediately challenged by minority voter groups, specifically the  League of United Latin American Citizens (LULAC), Voto Latino, and the Organization of Chinese Americans-Greater Houston (OCA).

In June, Judge Robert Pitman ruled against the state on the matter of voter assistance. The new law added restrictions on what kind of assistance could be given to a voter by an assistant of their choosing in filling out their ballot, limiting it only to marking and reading. The OCA claimed that people who do not speak English as a first language often require additional help filling out their ballot from translators. The judge agreed and ordered Texas to rewrite its training materials to disregard the new rules.

This week, another voting restriction also met defeat. Senate Bill 1111 restricted the use of post office boxes to register to vote. It was still legal, but voters who did so had to provide additional proof of a residence in the voting district such as a utility bill. Challenging voter eligibility based on whether they use a post office box is a favorite Republican disenfranchisement tactic that is used to remove students and the homeless off of voter rolls.

LULAC argued that the additional work of helping the voters they represent impacted their bottom line and caused harm to their organization. Proving financial or material harm is a necessity since the Supreme Court of the United States struck down much of the Voting Rights Act in 2013. Judge Lee Yeakel agreed with the plaintiffs, and ordered the state to not require the additional proof of residency.

It’s not all lost for Texas Republicans. Attorney General Ken Paxton has gleefully waded into the fights. Some of the state’s objections have been sustained and led to the dismissal of some parts of the case. Specifically, Texas’ convoluted buck-passing of who is actually allowed to enforce the new voting laws has left Secretary of State John Scott largely off the hook.

The vagueness of the laws is likely deliberate, since sowing fear and uncertainty into the mix is less constitutionally challengeable than outright state force to crack down on voters. Even as voter rights groups win victories, the rapidly changing rules as the midterms approach could impact who feels safe enough to cast a ballot without getting in trouble.