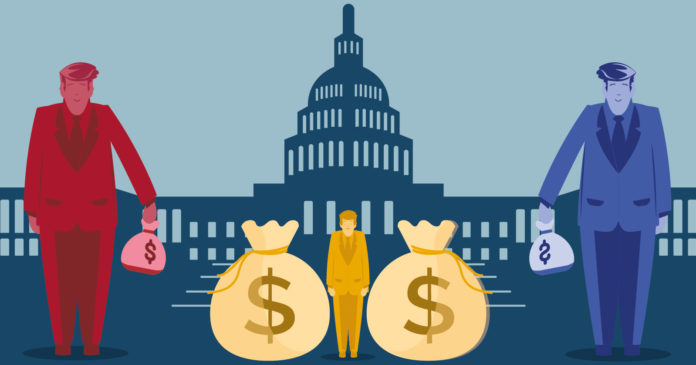 Trip Seibold had planned to run for U.S. Congress in 2020 to represent Texas’ 31st District, but he had to drop his bid because of significant burdens to get on the general election ballot. Why? He’s a Libertarian.

The Texas legislature passed a new law in June that puts significant restrictions on third-party candidates. Previously, third parties could get their candidates on the ballot if the party met certain requirements: It could hold a convention where the attendance equaled one percent of votes cast for governor in the last election, or it could gather the signatures of one percent of people who didn’t vote in a primary in the last election.

In addition, at least one statewide candidate from the party must have also won five percent of a vote in the previous election cycle.

The bill was presented as a way to expand ballot access. It waived the convention and petition requirements and lowered the threshold of the third requirement. Now, a party only needs one of their candidates to receive two percent of a vote in the last five elections.

However, new requirements are shifted onto the individual candidates, who now have to submit a petition or, if they fall short of the minimum signatures required, pay filing fees of varying costs depending on the office.

Seibold did not get the number of signatures he needed, but refused to pay the large $3,125 filing fee. Instead, he’s running for the Texas State Board of Education for District 10, which requires a lower fee of $300.

“I have an unwavering belief that money doesn’t belong in politics,” Seibold said in a Facebook post on December 4. “The Texas Legislature won and the American people lost.”

A couple lawsuits followed the bill’s passing. In July, several third parties, including the Libertarians and Greens, sued the state over requirements which they say constitute too high a barrier for entry.

“When you have these restrictions that make it effectively impossible for others to participate and entrench two old established parties, that’s when the system starts to fail and that’s when voters are denied meaningful choices at the polls,” Oliver Hall, executive director of the Center for Competitive Democracy and an attorney for the plaintiffs, told the Houston Chronicle.

An October lawsuit that homed in on the filing fees resulted in a Harris County judge blocking them from being enacted, a mere week before the filing deadline. They won on the basis that the fees fund primary elections that third-party candidates do not participate in.

This latest development is a big win for third parties, yet it’s just a provisional reprieve for now. The July suit is still pending.