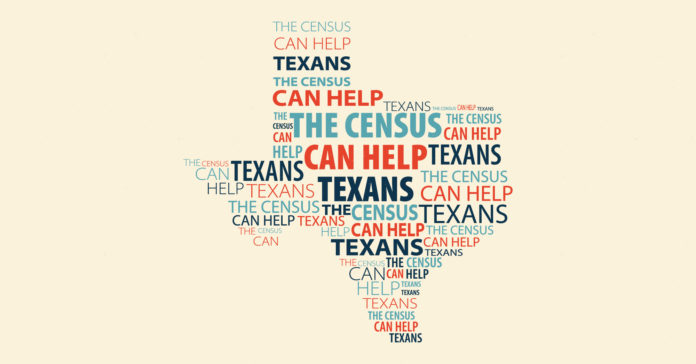 It’s not like states are trying to stay under occupancy so the rave doesn’t get broken up by a fire marshal, so why is the census important? Well, there is a lot more to it than just the government knowing how many people live in an area.

1. Businesses invest in part because of population data

Before a company opens a major, job-creating enterprise in a state, they look at a lot of factors. One of those is population statistics. A growing population indicates a ready workforce and a general satisfaction with the area. If you have a big population but people are leaving in droves, you might be able to hire people but not keep them.

Population statistics and projections were among the data Amazon collected before deciding on its second headquarters locations, and Texas didn’t get one. An accurate count of the people of the state, especially one like Texas where the population is booming, means more investment from companies. Take Austin, for example. Apple, Amazon and H-E-B are expanding there, according to KVUE.

Texas already is the second-biggest prize in the Electoral College, and the distance between first and second is closing. For the first time ever, California is poised to lose a congressional seat after the census, and Texas is set to gain as many as three. There would still be quite a gap, more than Alaska, Delaware, and the Dakotas combined, but the difference is that unlike New York and California, Texas is rapidly approaching swing state status. The big score plus a robust fight between the parties means more attention is being paid nationally to issues that affect Texas, such as storm recovery and the expanding wind power industry. Undercounting the state could lessen Texans’ impact.

3. There are billions of dollars at stake

The census is one of the few constitutionally mandated duties of the federal government, and a lot of spending is tied to it because of its reliability as a metric. Nearly $1 trillion is decided by population statistics generated by the census.

For instance, do you live in a rural area of Texas in desperate need of some infrastructure aid to your water system? Hard definitions of “rural” populations are baked into the equations used for federal grants to communities. Aid to transit systems in urban areas is also decided by population trends. The more people are counted the more accurate the picture of mass transit in an area, and in return the more helpful grants to systems will be.

Another worry is Medicaid. If the population is undercounted, it looks like the residents who are counted are wealthier than they actually are. That can lead to problems with Medicaid allocations. A George Washington University study found that undercounting by just one percent, it could cost the state at least $1,161 per person in Medicaid reimbursements. That’s state tax money (paid mostly by Texans at the checkout counter) that is just lost if people do not fill out census forms.

In 2010, Texas had a terrible census return percentage. Only 71 percent of the state filled out their paperwork, below the national average of 74 percent. The undercounting tends to be centered in rural, hard-to-reach communities, populations of immigrants, the homeless, and the poor. All of these groups need programs that are driven in part by the population count. As the state legislature has decided not to allocate additional funds to help the census, it falls on Texans once again to take personal initiative. There is a lot riding on it.