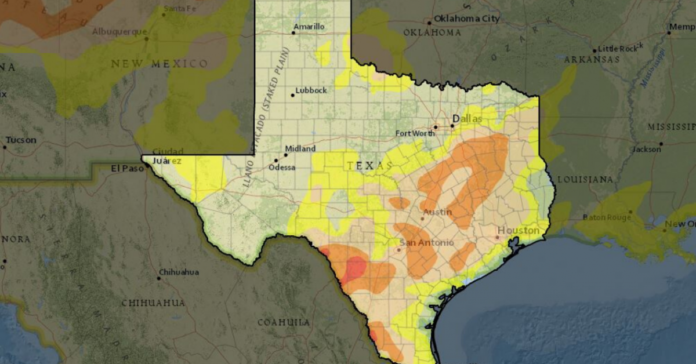 Texas is no stranger to water scarcity. In every decade of the twentieth century, Texas has experienced a serious drought. However, Texas’ ability to outmaneuver its water crisis has a limit.

A deepening drought is now affecting a large part of Texas. On Thursday, Gov. Greg Abbott issued a disaster declaration due to a prolonged period of abnormally low rainfall in Central Texas.

The parched lands spanning from the Rio Grande Valley toward central and east Texas are only a symptom of a greater problem.

“The fact is that [the population] is going to double in the next 50 years,” said Dr. Andrew Sansom, professor of practice in Geography at Texas State University. In fact, according to the Texas Demographic Center, Texas’ population is expected to rise to 47.4 million residents by the year 2050.

However, it is not only the total population numbers that concern experts, it is also the concentration of Texas’ population around major cities. The success of Texas’ cities will soon begin to breed challenges.

Today, nearly 90 percent of Texas’ population lives in metropolitan centers and with this percentage considered to grow, water distribution is a mounting concern for many experts.

According to Dr. Sansom, “the Hill Country is the single most threatened” because “the counties along the 1-35 corridor are some of the fastest growing counties in the United States.” Hays County, which is located just south of Austin, is estimated to grow by 464 percent by 2050, thus causing their groundwater to be in extreme risk.

If no action is taken, Texas could have a statewide water shortage that would cost $151 billion in estimated annual economic losses by the year 2070 .

As cities continue to grow and total population increases, Texas will have to figure out how to deal with a state that’s getting larger, hotter, and drier all at the same time.

Water scarcity doesn’t strike without notice. It’s a slow-moving disaster that creeps through the international community. We have the time to prepare for it, and we have the system to deal with it. So let’s start fixing it.