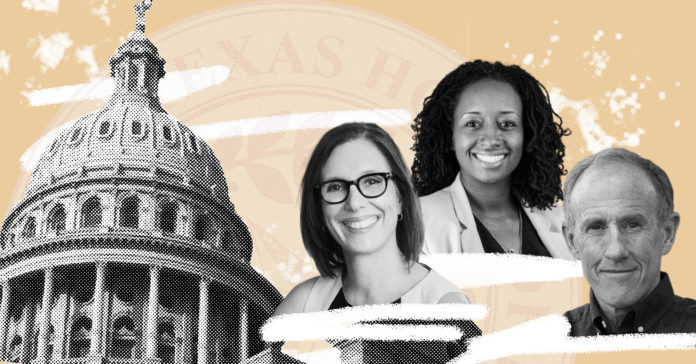 On Tuesday, the three winners of the Jan. 28 special election runoffs are being sworn in to the Texas House as state representatives filling out unexpired terms.

Katy real estate mogul Gary Gates, who won the Fort Bend County special election runoff, was sworn in this morning at the state capitol by House Speaker Dennis Bonnen (R-Angleton) as state representative of House District 28. This is his first time Gates will hold public office after seven campaigns for local and state positions. He replaces Rep. John Zerwas (R-Richmond), who resigned from office to take a position with the UT System. Gates was joined by supporters who were bused in from Fort Bend.

Dallas political operative Lorraine Birabil, who won the Dallas County House District 100 runoff, was also sworn in at the capitol. This will also be the first public office for Birabil. She replaces former State Rep. Eric Johnson (D-Dallas) after he won the Dallas mayoral race last May. Birabil’s win increases the House complement of women to 34 in the 86th Texas Legislature. It also means she is the 170th woman ever to serve in the Legislature.

Former Houston ISD Trustee Anna Eastman is the only one of the three to hold her swearing-in ceremony in her district rather than the capitol. The ceremony is going to take place at the Waltrip High School library this evening. Eastman won the House District 148 special election runoff to replace Rep. Jessica Farrar (D-Houston).

In the interim, the off-season for Texas lawmakers, the three new state representatives will not be able to vote on bills or file them.