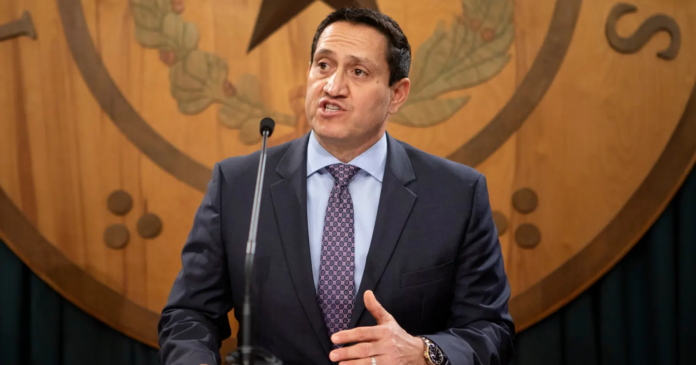 State Rep. Trey Martinez Fischer announced Monday that he is running for Texas House speaker, becoming the second Democrat in the lower chamber to launch a bid for the gavel.

Martinez Fischer, from San Antonio, joins state Rep. Senfronia Thompson, the longest-serving woman and Black person in the history of the Texas Legislature, in the race. Both filings come ahead of a November election in which Democrats are within striking distance of winning control of the Republican-held House for the first time in nearly two decades.

No Republicans have filed paperwork yet with the Texas Ethics Commission to run for the job, which Republican House Speaker Dennis Bonnen will vacate at the end of his term when he retires from office. More members from both parties are expected to enter the race in the coming days.

Martinez Fischer, chair of the House Business and Industry Committee, was first elected to the lower chamber in 2000. In 2016, he ran unsuccessfully for a seat in the Texas Senate and was reelected to the House in 2018. A former chair of the Mexican American Legislative Caucus, Martinez Fischer has also overseen a political action committee to help elect Democrats to the lower chamber.

The speaker’s race is unfolding against the backdrop of what’s shaping up to be a challenging 2021 legislative session. The Legislature, which is set to convene in January, will have to grapple with major budget shortfalls and a response to the coronavirus pandemic, as well as redrawing of the state’s political maps. House members will elect a speaker on the first day of session.

Martinez Fischer nodded to the upcoming legislative challenges in a statement announcing his speaker bid, saying he is running “because I believe that I am best prepared to deliver the solutions Texans expect, navigate the redistricting process, and protect the House as we chart our path forward as Texans.” Martinez Fischer also said as speaker his goal would be to “make historic changes” to the makeup of House committees in an attempt to address “the disparities in the lack of women and people of color in our leadership ranks.

“The Texas House operates on trust,” he said in his statement. “For the last twenty years, Members know that even when we may disagree, I have never been shy about saying where I stand. As Speaker, I will always deal straight.”