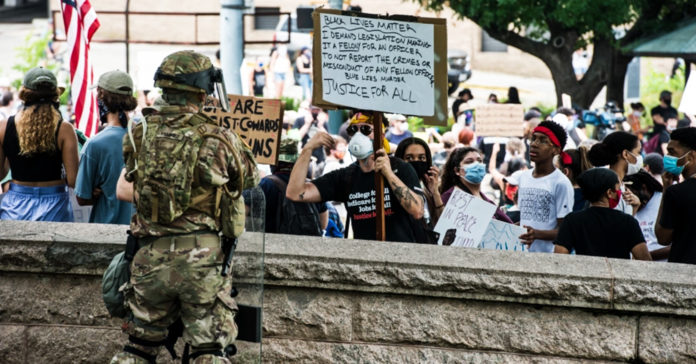 Multiple media outlets were reporting Monday evening that as many as 1,000 Texas National Guard troops are being dispatched to Austin, Dallas, Fort Worth, Houston and San Antonio ahead of Election Day. The guard is denying it is being deployed to protect polling locations or in anticipation of any violence.

Texas Guard spokesman Brandon Jones told the Houston Chronicle that as of now, the troops have been ordered to stay away from polling places.

“Right now, we could go to 1,000 troops in support of civil disturbance operations,” Texas Guard spokesman Brandon Jones said. “We’re going to guard buildings just like we did during the George Floyd protests earlier this year. We are not going anywhere near polling locations. That has not been requested.”