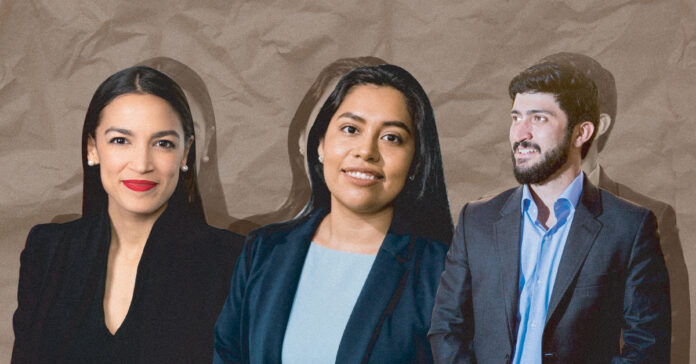 WASHINGTON, March 2 (Reuters) – Progressive Democrat Jessica Cisneros’ primary challenge to U.S. Representative Henry Cuellar of Texas will go to a runoff, a show of strength by the party’s left that has invigorated its supporters but also raised concerns among some analysts about her ability to win the seat in the November general election.

The liberal Cisneros, 28, won enough votes according to projections by the Associated Press to force a May 24 runoff in her second challenge to Cuellar. He is in his 18th year representing a south Texas congressional district that is heavily Hispanic and runs along the Rio Grande River.

Cuellar, 66, arguably is the House of Representatives’ most conservative Democrat, a leaning that served him well in his nine previous races.

He was unable to fully fend off Cisneros’ attacks on his voting record, including opposition to an abortion rights bill and legislation making it easier for workers to get union representation. She also accused Cuellar of collaborating with Republicans last year on “anti-immigration” bills.

He beat back three Democratic challengers and advances to the Nov. 8 election, where he will face a Republican opponent.

Progressive Representative Alexandria Ocasio-Cortez brought her star-power to a San Antonio rally in mid-February to boost Casar and Cisneros, a lawyer and immigrant rights advocate.

The winner of the Cuellar-Cisneros runoff will then face Cassy Garcia, who won the Republican primary and is sure to cast her rival as being too liberal for the district that shares a long boundary with Mexico and has been seeing record numbers of illegal border crossings by immigrants.

With Democratic President Joe Biden’s national approval holding at 43% in this week’s Reuters/Ipsos poll and inflation raging amid the continuing coronavirus pandemic, Republicans are favored to win control of the House in the Nov. 8 midterm elections.

The race for the 28th district seat already is shaping up to be a premier battleground, as both parties fight for independent and undecided voters.

Progressives hope that Cisneros’ performance in Texas, which is the first state to hold a primary contest this election cycle, will reverberate nationally.

“Coming out of the gate, Texas is going to set the tone for progressive wins across the nation,” Adrienne Bell, executive director of progressive political action committee Brand New Congress, said in a telephone interview before Tuesday’s primary.

It is unclear whether revelations late in the campaign that FBI agents searched Cuellar’s home and campaign office was a contributing factor to Cisneros’ gains. He has denied any wrongdoing, and the FBI has not released more information on the raid.

A slate of progressives are competing for House seats in primaries, including in New York, California and Washington state. Progressives also are on primary ballots for U.S. Senate races such as in Pennsylvania, Kentucky and Ohio.

But for many Democrats, it is the 2018 midterms and its 41-seat pickup in the House that serves as a preferred guidepost for 2022. While progressive candidates were energized by a series of notable primary wins, it was Democratic moderates who resonated with voters in highly competitive races against Republicans in the November general elections that year.

The district Cuellar and Cisneros are contesting has 71.6% of the population identifying as Latino. It has a moderate-to-conservative streak that for many fit with Cuellar’s anti-abortion, policing and oil and gas industry orientation.

Latinos in the district “tend to be much more conservative than, say, the AOCs of the East Coast” on such flashpoint issues, said Mark Jones, a political science professor at Rice University in Houston, referring to Ocasio-Cortez.

As a result, he said that he would expect Republicans to “make a major investment in the district” between now and November.

Democrats won the last two presidential races in the district, but so did Republican George W. Bush in 2004.

Karlyn Bowman, public opinion analyst for the conservative-leaning American Enterprise Institute, applauded Cuellar as “someone who has paid attention to his district’s needs.”

But progressives, she added, “are not responding to their concerns about inflation and … immigration tensions.”

In an interview with Reuters before Tuesday’s primary, Cisneros pushed back on the suggestion that her election would make the district more competitive for Republicans.

“If we continue doing the organizing that we’re doing right now, we’re probably going to be what people generally consider a safe blue (Democratic) district.”