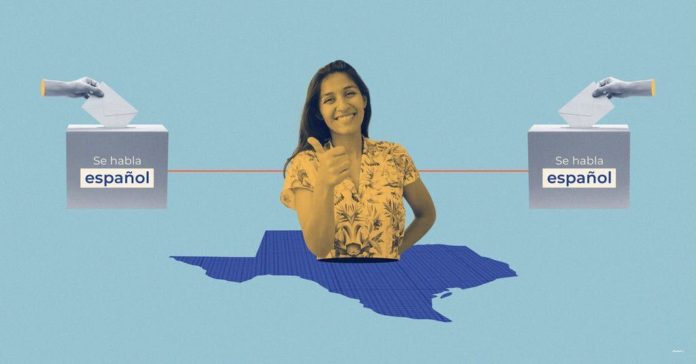 It’s that time now in the election cycle when the campaigns are approaching the homestretch and the candidates have begun preparing for the final push. It’s when the two major parties begin presupposing their victories with swagger and posturing.

But the reality is they need votes. Not the votes polls, pundits, or campaign staff will predict. In Texas, that could mean the Latino vote. As that demographic continues to grow, so does its influence politically. But numbers don’t always translate into votes.

According to Jolt, an organization developing the voice and influence of young Latinos, one in three voters in Texas is Latino. Also significant is that more than 50% of the eligible voting immigrants in Texas are Hispanic, according to a 2020 Pew Research report. Texas has 1.8 million immigrants who can make a selection at the polls. Nearly 1 million of them are Latino.

But the question is will the new or longstanding members of the Latino community vote this year?

“It is still too early in the election cycle for Latinos,” wrote Sharon Navarro, a political science professor at the University of Texas at San Antonio and an expert in Latino politics and representation, in an email. “As we get closer to November, both parties will try to do some outreach. Latinos still feel as if they don’t belong in either party.”

The border regions have traditionally maintained considerable Democratic margins through the decades, and there could be a higher Democrat-voting turnout points south and west — from Brownsville to El Paso — this cycle. This will create the perception of a robust Latino vote in Texas, she said.

“In other words, turnout aligns with demographics,” Navarro wrote. “Heavily populated areas with Latinos will seem as though there were high Latino turnout, but in reality, it is because they are in majority-minority Latino cities. If you compared the Latino population as a whole in Texas to that of actual turnout, it will be small.”

She said that neither Democrats nor Republicans have made any real gestures or overtures to Latinos who remember the Walmart tragedy in El Paso and attribute it to racist remarks made by President Donald Trump. Along with the call for a wall by a slate of GOP lawmakers, there is more of a disconnection than connection with the political party.

The other side of the aisle hasn’t fared well either, Navarro said.

“On the other hand, Democrats haven’t done much outreach,” she wrote. “The fact that they ignored former HUD (Department of Housing and Urban Development) Secretary (Julián) Castro in the Democratic (National Convention) speaker lineup speaks volumes.”

She further stated that Democrats have not done any genuine outreach because they feel Republicans will steer Latinos their way with GOP rhetoric.

“Folks often dismiss the Latino community constituency and say that Latinos don’t vote … or are a ‘sleeping giant,’ which at Jolt we find as a racist trope which tries to depict the Latino constituency as lazy or inactive,” he said.

Echoing Navarro’s comments, Arellano said neither party has made serious attempts at connecting with Latinos.

“So campaigns across the state and across the country often neglect communities of color and have a very general message that attracts and caters to a middle class, white audience,” he said. “And so what we need to realize is instead of asking, ‘Are Latinos going to come out and vote,’ the question is, are political parties going to invest in making Latinos come out and vote?”

According to Arellano, the rise of young voting power at the polls during the last few years plus the deaths of George Floyd and Breonna Taylor have created a surge of interest in their work, particularly in voter registration.

“Because of this, people are more in tune to the political landscape currently than otherwise might have been,” he said. “I think this combination positions Latinos in Texas to play a pivotal role in this election.”

Also, the unforeseen circumstance of the COVID-19 pandemic has adversely affected Latinos and could cause a lower voter turnout from within the community.

“We’ve seen clear data showing that communities of color, including the Latinx community, are being disproportionately impacted by the pandemic,” said Anthony Gutierrez, executive director of Common Cause Texas, an organization promoting better democracy in Texas. “At the same time, we know that the systemic barriers that make voting harder than it needs to be also disproportionately impact Latinos and Latinas.”

He fears those two factors could keep Latino voters from exercising their right to vote but said Common Cause is diligently working on ensuring that no one will be deprived or denied the opportunity to vote due to confusion, intimidation or suppression.

The data emerging confirms the impact of the pandemic on the Hispanic population in the state. Latinos in Texas make up more than 50% of the COVID-19 deaths — based on 7% of the COVID-19 cases — and 48% of those infected statewide, according to an article published by the Poynter Institute in August.

There has been a disconcerting disparity within Latino communities concerning the pandemic, Navarro said.

“This fact is rarely reported on. I think COVID is one reason why Latinos may shy away from polls.”