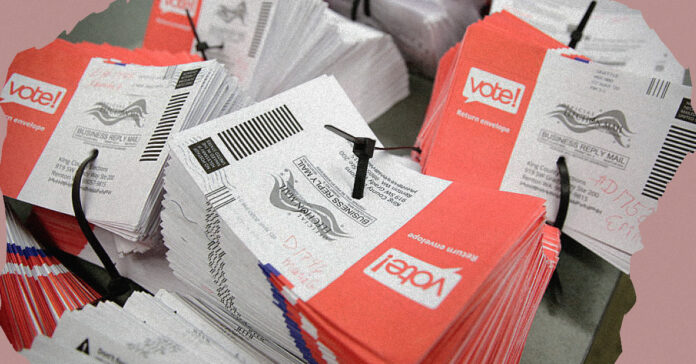 Jan 18 (Reuters) – Voters in at least 15 U.S. states could face new restrictions on voting if President Joe Biden’s Democrats fail to pass a bill aimed to offset the state laws following former President Donald Trump’s claims of widespread fraud. Here is a look at some:

Texas has revived a program allowing officials to notify voters they could be stricken from registration rolls without proof of citizenship. Officials have already notified more than 11,000 voters that their registration could be canceled. More than 2,300 people have been purged so far, among them 382 non-citizens.

Hundreds of others in counties that include Houston, San Antonio and Austin have had mail-in ballot applications rejected weeks before the state’s March 1 primary elections. A new rule requires voters to include a Social Security number, driver’s license or other identifying data on applications that can be matched against records on file.

The law makes it a felony for local election officials to send out unsolicited mail-in ballot applications, bans drop boxes for mail-in ballots and drive-through voting for most people. It expands protections for partisan poll watchers.

A March 2021 law allows legislators to name the chair of a Republican-controlled State Election Board that is authorized to suspend local election officials and replace them with its own appointees. The board has already ordered a review of Democratic-leaning Fulton County, which includes Atlanta, and has led to reorganizations in other counties.

It is now illegal for election officials to send out mail-in ballot applications to all voters, and for outside groups and others to provide water or food to voters within 150 feet (46 meters) of polling places, which tend to have long lines in urban areas on Election Day, which will be Nov. 8 this year.

The 98-page law says any voter can challenge the qualifications of an unlimited number of other voters. It requires counties to hold hearings for each challenge and forbids local officials from accepting funding from outside philanthropic groups to defray election costs.

New election laws enacted by Arizona’s Republican legislature will eventually allow election officials to purge voters from a widely popular early voting list, which nearly 90% of voters used in 2020 to cast mail-in ballots. Voters have been put on notice that failure to cast at least one early ballot over the course of two election cycles could lose the option to vote early beginning in 2027.

It will also require voters who submit early ballots without a signature to settle the issue by 7 p.m. on Election Day.

New voting restrictions also became law in at least 12 other states with Republican-controlled legislatures, including Arkansas, Florida and Montana. A new law in Idaho was blocked by the state high court.

The changes include more stringent rules on the use of absentee or mail-in ballots, tighter voter ID requirements, purges of voter registration rolls, state audits of local election results and stiff criminal and civil penalties on voters and election officials who run afoul of new restrictions, according to a Reuters review of state voting laws.

Voting restrictions passed by Republican legislators in Michigan, Pennsylvania and Wisconsin were vetoed by those states’ Democratic governors and did not become law.

Four additional states have also passed new voting laws, including New York and Nevada, which both have Democratic-controlled legislatures. A new law in Kentucky was welcomed by Democratic Governor Andy Beshear as an expansion of voter access. A Louisiana law set out new requirements for purging voters who have died from registration rolls. (Reporting by David Morgan; Editing by Scott Malone and Howard Goller)