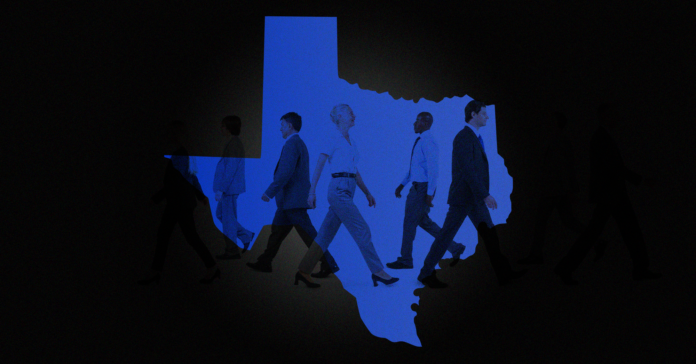 Democratic hopes couldn’t have been higher for Texas going into the 2020 election season. Just four years after Donald Trump won the state by 9 points, election wonks were teasing the state  as a toss-up. Even more confident were the claims that this was going to be the year Democrats broke the Republicans’ 20-year reign in the Texas House.

Instead, Trump coasted to a six-point victory while Democrats chipped away at Republican’s House majority by just a single seat. The headlines were immediate: Texas had been a big flop for Democrats, a total disaster.

Not everyone is buying it. For those left-leaning activists and operatives who have spent years in the trenches, the results were disappointing, sure. But not a disaster.

Ginny Goldman is the founder and former executive director of the Texas Organizing Project, a grassroots powerhouse that grew to 100,000 supporters under her watch. Other positions she’s held include senior advisor to Beto O’Rourke during his 2018 Senate race, and later as the chairwoman of Cristina Tzinzun Ramirez’s Senate bid.

Her take on the 2020 results was simple: Texas is right on track for Democrats.

“From being on the ground and what we knew from tracking the data, we’ve always believed flipping the state was a 2022, 2024 proposition,” she said.

That’s not to say she was immune to getting her hopes up heading into the election.

“Statewide, we continued to close the gap.”

What makes this particularly impressive is the fact that Democrats managed to do so despite massive Republican turnout.

Political scientist Brandon Rottinghaus suspected going into the election that public data had failed to capture Trump’s full support in Texas. His own polling with partner Univision showed the president about 4 percentage points ahead of Biden. But even he was surprised to see the race “was not at all close.”

Goldman, too, confessed she hadn’t anticipated the number of Republican voters this election would drag from their hiding places.

“You think of this deep well of voters who don’t traditionally turn out, and I think we’ve underestimated how deep that well is on the Republican side,” she said. Even still, she remains unintimidated. “Our well is still deeper.”

Like Goldman, Tzinzun Ramirez cut her teeth organizing for progressive causes. She is the founder of Jolt, created to expand the Latino electorate in Texas, and the Workers Defense Project, which organizes low-income workers across the state in pursuit of fair wages and safe working conditions. In 2019, she ran for US Senate, coming in third in the primary behind MJ Hegar and State Senator Royce West.

Also like Goldman, she sees a great deal of opportunity for Democrats in Texas, particularly when it comes to Latino voters.

“The pathway to flipping the state clearly lies in a multiracial coalition,” she said. “But where we have the greatest gains to make are with young Latina women. There are hundreds of thousands of us that have voted, and hundreds of thousands more that could vote that haven’t been reached by any party or candidate.”

Accessing these women won’t be as easy as a TV ad during election season, she warns. Rather, the party must be prepared to back the policies and candidates that will speak to the challenges experienced by so many within this group, including difficulty accessing affordable health care and education.

Domingo Garcia has been engaged in Texas politics for more than 30 years, serving as a Dallas city council member in the early 1990s before serving three terms in the Texas House of Representatives. While he agrees there are many more votes for Democrats to pick up in Texas’ Latino communities, he worries about the party’s ability to appeal across age groups.

“That’s the dilemma Democrats have,” he said. “Especially when you’re dealing with the Latino community, the younger Latinos are very progressive but the older ones are still very center right.”

Fortunately, it’s a dilemma with a solution, according to the national president of the League of United Latin American Citizens. By staying laser-focused on “pocketbook economic issues,” Garcia believes the left can minimize those generational divides while exciting Latino voters across the state.

“If we talk about economic populist issues like raising the minimum wage, guaranteeing health care opportunities for every working Texas, increasing educational opportunities so their sons and daughters can go to college and not be in debt, those are winning issues,” he said.

This was a point Tzintzun Ramirez was equally adamant about. Going forward, she said more data are needed to fully appreciate how well progressive Democrats fared when compared to their moderate counterparts in Texas. “But I do think where Democrats always win are with strong economic populist positions and when we build a multiracial coalition that is working and middle class and invites people to build a country for all of us,” she said.

“If Texans can figure that out, they’ll help figure it out for the rest of the country.”