Home Elections Will the Delay in Census Data Impact the May Municipal and School...
Facebook
Twitter
Email 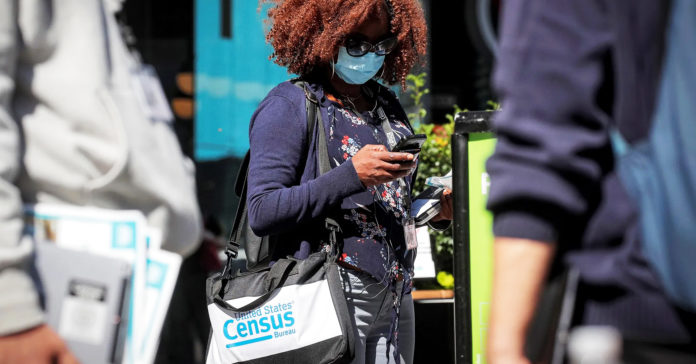 Every ten years the United States conducts a census to track the population, and the results determine how many districts a state has based in its population. It’s a phenomenally important part of determining who holds congressional power, but the delayed results are going to make our next elections a mess.

The COVID-19 pandemic is the primary cause of the delay. The Census Bureau has announced that the results won’t be available until late September, which means that vital redistricting information needed to redraw lines won’t come until after the Texas Legislature session ends. There will have to be a special session, especially since Texas will almost certainly gain a couple of new districts that will have first time elections.

The line-drawing is one of the most fraught political processes in American governance, with each party trying to make the districts more favorable to themselves. In addition to the fight within the state capitol, groups like the Mexican American Legal and Educational Defense Fund are standing ready to sue over possible voter disenfranchisement as they did in 2010. Surprisingly, this is not the biggest problem.

What’s making everyone sweat is the clock. Texas has some of the earliest filing dates for various political offices, and with new districts in the mix a lot of people are going to be interested in running. Interested candidates only have until December 31, 2021 to file to be on the primary ballot for a 2022 run. Assuming that the census is released in late September (which is still a bug assumption), that gives the Legislature only three months to hammer out the details before candidates absolutely must get their paperwork in to run.

The most likely thing to happen is that the state will have to move its filing deadline and possibly the 2022 primaries themselves. This is not a huge deal in and of itself, but it does throw the usual rhythm of Texas selections off. There is some evidence from 2020 that sudden delays or unexpected movement of election dates can depress voter turnout. That’s what happened in Illinois. On the other hand, Florida and Arizona actually increased turnout after moving their primary.

The big headline races for congress and the state governorship will likely be fine, but the down ballot might suffer a lot from such movement. Turnout for municipal offices and school board positions is already lower than more famous offices despite their importance, and if the headline elections are whisked around then it might put those local offices in the hands of far fewer and possibly less-representative voters.

Or, it could make those races incredibly competitive. Many school districts, including Northside, Dallas, and Cy Fair, hold their elections in May. If the Texas primaries are moved, May is a prime candidate since so many school board elections will be held then anyway. With marquee races above them, far more people are likely to participate. Generally, the higher the percentage of the turnout, the more competitive the race usually is.

May is also when some of the cities such as San Antonio hold their city council elections. Any encroachment on these races could up the ante on them, leading to upheaval in the usual status quo. With the state and many counties still experiencing a budget shortfall, the prospect of combining as many elections as possible to reduce operation costs would be very attractive.

We’ll have to see how much time the redistricting takes up when the census arrives, and the Legislature goes into special session. Perhaps the process will be smooth and easy enough that Texas will keep to its current schedule. If not, expect many races to become very interesting quickly.

Will the Delay in Census Data Impact the May Municipal and...