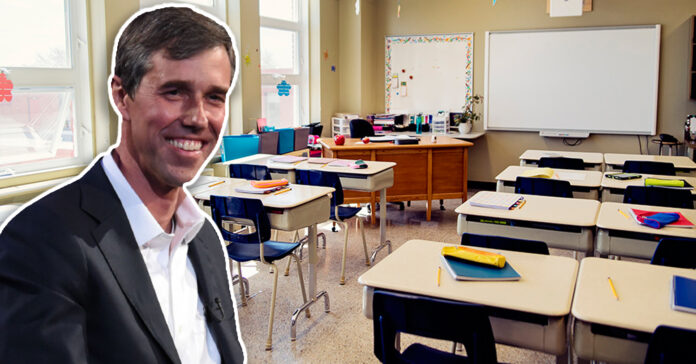 One of Beto O’Rourke’s most pressing issues is no other than education. Taking the stage at a North Dallas church, the gubernatorial candidate promised fully funded world-class schools that support Texas teachers, students, and parents.

O’Rourke pledged full support for teacher pay increases and more money for public schools while pushing back on the renewal of voucher efforts.

He stressed the need to improve the pre-K through the community college system, adding that the state has fallen behind the rest of the nation thanks to Gov. Greg Abbott’s tenure

“If we want to see better jobs in this state, and want Texans to actually work them, we’ve got to improve our pre-K through community college systems of education in the state of Texas,” O’Rourke said.

For funding, O’Rourke said state leaders must reject voucher-like efforts and instead fully fund public schools and special education. In general, vouchers allow families to use money that would have otherwise flowed to public schools on private school education, as reported by The Dallas Morning News.

O’Rourke’s most interesting and specific policy solution is having Texas fund schools by enrollment and not by attendance – the current mechanism.

With statewide attendance rates at around 96% even before the pandemic, attendance-based funding leaves public schools to fill the gap for approximately 260,000 students who are enrolled but aren’t in regular attendance, as reported by The Dallas Morning News.

O’Rourke didn’t waste much time going over the current uproar surrounding “critical race theory” or how sex and race are being taught in Texas schools. Arguing parents mostly talk about more substantive issues, like educational quality and teacher pay.