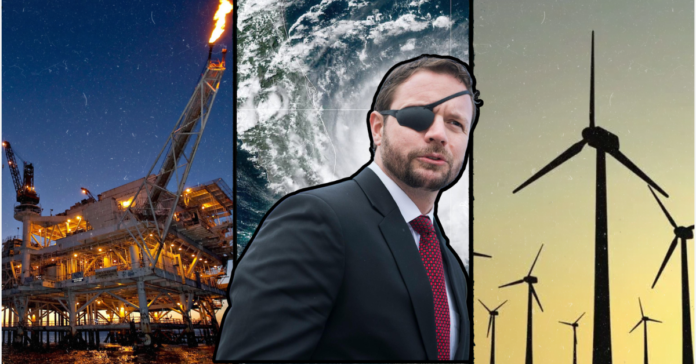 With Republicans having retaken the House of Representatives, the GOP is looking for ways to curtail the Biden Administration. One path of attack seems to be a refutation of environmental policies passed this last year, with Texas Rep. Dan Crenshaw of Houston leading the charge.

It’s hard to see what about the Biden Administration’s environmental policies could be called radical. Biden used an executive order to lower federal carbon emissions by 65 percent by 2030, and included tax incentives for clean energy in the Inflation Reduction Act. Those incentives are paid for years to come, and experts say it would be very hard for the GOP to undo them with mere obstructionism.

Crenshaw has a history of climate change denial, though he has downplayed that part of his history in recent years. In 2018, he asserted that climate change had not been settled, and as recently as 2020 was still waffling over whether humans could address it.

“There is an interesting political tactic often employed by the Left, and it follows a predictable pattern,” he said in a Facebook post. “First, identify a problem most of us can agree on. Second, elevate the problem to a crisis. Third, propose an extreme solution to said crisis that inevitably results in a massive transfer of power to government authorities. Fourth, watch as conservatives take the bait and vociferously reject the extreme solutions proposed. Fifth and finally, accuse those same conservatives of being too heartless or too stupid to solve the original problem on which we all thought we agreed. This is the pattern we have seen play out with respect to climate change.”

Crenshaw may have evolved from denialism to simply saying the country needs to pump the brakes on new policies, but there’s no arguing that climate change is indeed a clear and present danger of great importance. A mere 2 percent temperature increase could have severe consequences for human crops, and climate change is largely responsible for the more radical weather that the state has been dealing with over the past decade.

It is unlikely that House Republicans like Crenshaw will put forth any sort of actual climate change policy to be considered by the Democratically controlled Senate or the president. However, when the time comes for budget negotiations, the GOP could hold things up or force a government shutdown to get concessions. These will almost certainly involve lifting restrictions on oil and gas manufacturers or an expansion of drilling permits. The latter is a popular Republican talking point that often accuses Democrats of denying America energy independence despite the fact that the country started becoming a net exporter of energy under former President Barack Obama.