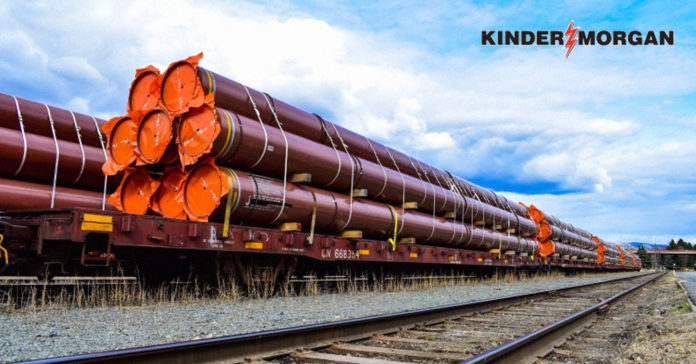 As the completion of a pipeline project nears, setting up Texas natural gas on a 430-mile southeast trajectory, the anger of landowners along the pipeline route has stimulated pushback against the project.

These landowners are contesting the actions of Kinder Morgan and seeking a remedy. At issue are land valuation and the offers the energy infrastructure giant has made to property owners.

Look in any direction throughout the Hill Country and you won’t see any infrastructure eyesores.

“This is what has made this project so unique,” Clint Schumacher, an attorney at Dawson & Sodd specializing in eminent domain, told Reform Austin in a phone interview. “First of all, there has been just a tremendous amount of community opposition to the pipeline in the Hill Country. Far more than what you would see in other parts of the state.”

He said the lack of pipelines in the tourist-friendly region coupled with its scenic beauty has given residents cause for concern about something noticeably out of place in their front yard.

“The second thing is, and here again because there are so few pipelines that are going through that part of the state, if you all of a sudden now have a property where you got a pipeline coming through…it not only, one, makes it more difficult to use your property, and potentially increases the risk or danger that something could happen on the property, but there’s also the very real situation that when you turn around and sell your property, you’re probably going to get a lower price,” he said.

The underlying issue is the law, wrote Marissa Patton, the associate Legislative director for the Texas Farm Bureau, in an email to Reform Austin. “Whether or not Kinder Morgan is lowballing landowners, the problem is that the current law would allow them to lowball without any repercussions.”

She indicated a potential agreement developed during the last legislative session with the industry lobby that would require an appraisal, brokerage price opinion, comparative market analysis or market study to be included with initial offers.

A U.S. Supreme Court ruling in 2005 furnished governments with the authority to condemn private property for economic development according to Dawson & Sodd’s website.

“On something like a gas transmission pipeline, the legislature has given eminent domain authority to people like Kinder Morgan if they are a common carrier,” Schumacher said.

A common carrier moves other companies’ gas or oil through its pipeline at established rates reported the Texas Observer, and “Kinder Morgan gains the power to seize private land through eminent domain as a ‘public utility.”

Not all is doom and pipeline for Hill Country landowners though. There is a legal recourse for beleaguered Texas property owners: Condemnation hearings. These informal proceedings can produce better outcomes for people seeking a higher property value in an eminent domain situation.

“The vast majority of property owners, in particular, Gillespie County, which is Fredericksburg, they didn’t get to a negotiated agreement with Kinder Morgan,” Schumacher said.

In a condemnation hearing, a judge appoints three local landowners as special commissioners who will hear the case. Schumacher said after hearing both sides the commissioners will decide upon an award. If neither party is satisfied with the decision it then moves to the district court where it is tried like any civil case.

“Kinder Morgan has appealed some of the awards. But pipeline opponents are pointing to the results of these hearings as evidence the company is undervaluing Hill Country land,” KUT reports. “The hearings in Gillespie County have attracted crowds of supporters for local landowners. They worry about the pipeline’s impact on the environment, public safety and property rights.”

Another primary concern for folks is the environmental impact of the natural gas pipeline.

“Natural gas pipelines cause all kinds of problems for the community,” wrote Emma Pabst, a global warming solutions associate with Environment Texas who heads up the organization’s oil and gas work, in an email to Reform Austin. “They leak, explode, and pose a massive threat to our water quality. Whether it’s methane leaks accelerating global climate change or condensed gas contaminating our waterways, fossil fuels are a dirty business.”

Kinder Morgan did not agree to respond to questions for this article but referred Reform Austin to a link that contained a series of article links to recent news stories. One of these stories was a guest column from the Hays Free Press.

“If we already have existing pipelines moving natural gas safely over and around local aquifers, it follows that this is not an existential threat to the water supply, as the opponents suggest,” wrote Steve Everley of Texans for Natural Gas, in the Hays Free Press. “Certainly concerns about local water quality should be taken seriously. No one wants polluted water. But it’s also true that no one wants to be unnecessarily alarmed about risks to his or her community.”

Despite eminent domain and the pipeline’s advances, optimism remains.

“The law needs to be changed to require that the landowner gets a true bona fide offer of fair compensation, minimum protections in the easement terms, and more transparency to prevent abuse,” Patton wrote. “Yes, it can be achieved. We had an agreement in principle with the industry lobby on these three things that we believe would have passed if the legislature would have had the chance to vote for it.”