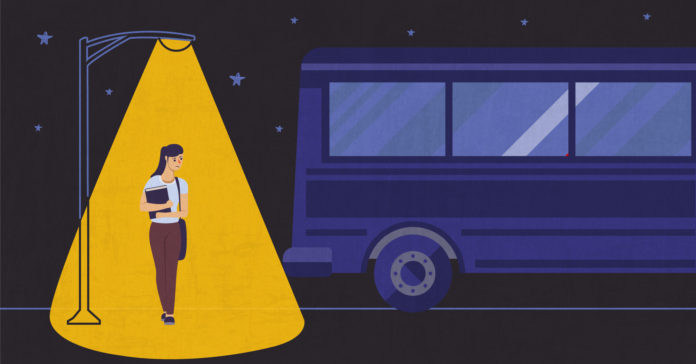 Teenager years are a critical time of self-growth for developing interests and skills that influence most people for the rest of their life. These years are especially important for homeless youth overcoming the obstacles they face. Having the resources that can help steer them toward a better future and guide them through their struggles of instability is crucial for Texas, when approximately 10 percent of the country’s homeless youth population is right here in the “Lone Star State.”

Homelessness goes beyond living on the street, it means living in shelters or transitional housing, campgrounds, sleeping in a car, staying at motels, and those who are sharing housing temporarily. Being unsheltered as a homeless youth of high school age can be hidden from the public while “doubled-up” and rotating between friends’ couches and living sporadically with different relatives.

While it can be difficult to pinpoint exactly how many homeless youth are in Texas, according to the Texas Education Agency (TEA), in the 2018-2019 school year there were over 114,000 homeless students in Texas.

That means a year ago, nearly 9,000 homeless students were kindergartners and close to another 9,000 were homeless seniors.

Data from Texas Appleseed, a non-profit organization which focuses on preventing and addressing the drivers of youth homelessness, including the lack of support for kids aging out of foster care, reveals that over 16,000 of these homeless students are unaccompanied by any adult.

Young children experience homelessness after their families lose their housing; although, often these children are “accompanied” by an adult or guardian. However, by ninth grade the number of unaccompanied homeless children increases dramatically. When homeless youth are “unaccompanied,” they are five times more likely to repeat a grade in middle school.

The Texas Education Agency shared data with Reform Austin that shows 10 percent of homeless students reside in a shelter, five percent are unsheltered, 78 percent double-up and seven percent live in a hotel or motel as their living situation.

For many homeless children and teenagers, school itself represents a feeling of home, giving a sense of belonging and a daily schedule creates security in their lives. Schools have become a bridge between a homeless youths academic future and wellbeing.

While examining the high school years of homeless youth, here are ways Texas is helping with giving teen youth a fighting chance to better their lives.

The Need for Youth Shelters After the School Day is Over

The need for youth shelters and transitional housing, drop-in and day centers has risen in Texas in recent years. Few shelters exist in Texas for young people who are under eighteen years old where a minor can sign him or herself in to rest for the night.

In Dallas, at the end of 2019, a brand new shelter opened specifically for homeless youth ages 14-21 years old. After8ToEducate’s Fannie C. Harris Youth Center provides drop-in services where homeless youth ages 14-21 can receive immediate support and services including meals, access to showers, laundry facilities, and clothing. There are also 35 beds available for emergency shelter and transitional living. The center provides essential services while homeless youth worry about where they will sleep and also balance the demands of the classroom.

When it comes to length of stay, Lydia Dubose, the Project Coordinator at After8toEducate told Reform Austin, “In the residential services wing, there will be two programs. One program is the emergency youth shelter, where youth 14-17 will stay for an average of 60-90 days. Students in the transitional living program can stay for up to two years while engaging in education or job training and while preparing to live independently after their time at the center.”

Dallas ISD has enrolled 3,520 homeless students, and it’s projected that number is to exceed 4,000 by the end of the academic year. Ashley Marshall, the Manager of Student Advocacy and Youth Outreach for Dallas ISD told Reform Austin, “The partnership between Social Venture Partners, Promise House, CitySquare and Dallas ISD to open the Fannie C. Harris Youth Center shows how cities can create innovative ways to reach our homeless youth and unaccompanied homeless youth.

“It’s become an alternative resource for this student group to seek help if they’re not connected with a campus, or simply aren’t comfortable reaching out to someone at their school. We’re encouraged by the initial impact the collaborative has made and are hopeful the center will become a model for other districts.”

Last summer, lack of housing space for the homeless was a concern of Carl Falconer, the President and CEO of the Metro Dallas Homeless Alliance. Falconer told Reform Austin for this story, “As the CoC (Continuum of Care) Lead agency, we understand that being homeless as a teen increases the chances of being homeless as an adult. The instability caused from being homeless as a teen often leads to disadvantages in education, employment, and overall social functioning for the rest of a person’s life.”

Looking at three other cities in Texas, Austin is home to LifeWorks, which offers education programs involving GED and literacy and workforce development. Their services assist homeless youth with accomplishing educational goals, increase employability, and include emergency shelters, a permanent supportive housing program, a transitional living program and many other teen-focused programs to prepare homeless youth to navigate their own independence. Austin ISD has Project Help.

In Houston shelters and centers for homeless youth include The Pink Giraffe House, which provides homeless teenagers a place to relax, receive work training, find work, or secure affordable housing and make a successful reintegration into society. In San Antonio, the Roy Maas Youth Alternatives helps youth who have aged out of foster care along with other homeless youth.

Back in 2017, the Texas Tribune reported that “Texas hasn’t really brought resources to serve this population to the table” and homeless youth are slipping through the cracks due to a lack of programs and resources.

Legislation for Homeless Youth in Texas

According to a Texas Appleseed report on youth homelessness, “Unaccompanied students who are homeless in Texas are 2.5 times more likely to be suspended from school and ten times more likely to drop out of school, placing them at greater risk of justice involvement and being funneled into the school-to-prison pipeline.” The Texas Legislature passed several bills into law that lowered the risk of homeless youth being involved in the juvenile justice system and ensured they stayed in school. For example, HB 692 bans most out-of school suspensions.

Another law is HB 811, which permits foster care or homelessness to be a factor for consideration when determining disciplinary actions of homeless youth in school. A third law supporting the success of homeless students is HB 123, which waives the fees with homeless youth obtaining State identification to make it easier for them to access services that are essential to their progress while being homeless.

However, the resilience of homeless youth attending schools can not be seen in the description of an act, and the weight they carry while striving toward academic success should be a burden that all Texans care about.

The trauma that homeless youth attending high school face can mean homelessness can follow them past their teenage years and can affect childrens’ emotional and mental wellbeing.

Brett Merfish, the Director of Youth Justice at Texas Appleseed told Reform Austin, “Like any trauma, homelessness can follow kids as they get older. When we talk to kids experiencing homelessness, they consistently express concern about their mental health.”

Merfish explains the incredible stress homeless students endure while living in survival mode, “Homeless students are at great risk of dropping out: worrying about their own safety and where they’ll spend the night makes it impossible to devote the same energy as their peers to their schoolwork and long term goals.”

With Merfish’s perspective, it’s easy to see how the stability of a home and a place to feel a safety net is crucial to allowing the skills that homeless youth possess to shine and their potential to flourish.

Putting more funding and more dollars into programs that can help unaccompanied homeless youth should be a priority for Texas. Providing more funds that support more emergency shelters designed for youth or young adults, and more drop-in centers to support youth across Texas could also make a huge difference in their academic success.

Let’s not forget homeless youth need to have access to get to school in the first place, Merfish says,“It is important for students experiencing homelessness to connect with their McKinney-Vento liaison at their school so they can help them access help from academic resources, ensure they can enroll in school and even stay in their school of origin even if they are in a shelter outside the district, and help with any transportation needs. This type of support is critical to supporting kids experiencing homelessness.”

When asked how the district prepares homeless youth for their future, Davis said, “The HISD Homeless Education Office works closely with the district’s College and Career Readiness Department and Career and Technical Education to ensure that students experiencing homelessness are exposed to college and career resources.  In addition, college and career fairs are a vital component in the awareness events (such as Project Prom and the Back to School Extravaganza) hosted by HEO each year.”

Cossy Hough, the Assistant Dean for Undergraduate Programs and Clinical Associate Professor at The University of Texas at Austin Steve Hicks School of Social Work told Reform Austin, “Fortunately, the number of homeless youth in the Austin area continues to decline and I expect will see that again this year. That is due to programming that successfully targets housing youth who are homeless.”

Hough shares the mental and emotional strain of being a homeless youth today, “Being homeless as an adolescent has layered complexities. From addressing mental and physical health issues to safety to education and, of course, basic needs like having enough food to eat and healthy development. It is extremely difficult for an adolescent who is homeless to complete their education and that creates more risk.”

Homeless youth centers offer a beacon of light for homeless youth attending school while also balancing their basic needs without an adult constantly in their lives. Hough explains, “The lack of family support in a time of development creates more risk. That’s why programs addressing youth homeless are so important in addressing challenges and barriers before time on the streets as an adolescent turns long term.”

“It is hard to show up and concentrate when you’re hungry, “ said Madeline Reedy, Senior Director of CitySquare‘s Transition Resource Action Center in Dallas.

“Can you imagine thinking that you might not be allowed to sleep on a friend’s couch tonight and not knowing where you can go instead? We have a group of young men who show up at TRAC every day with all their belongings who sleep outside. It was 30 degrees last night, so they just walked. How can we expect them to do their homework or be rested when they had to walk all night? It is an impossible task.”

Yet, these homeless youth keep going and walking forward with their resilience and grit each day. Reedy continued, “These youth have experienced the worst that this world has to offer and they press on and make it happen through their own resolve.”