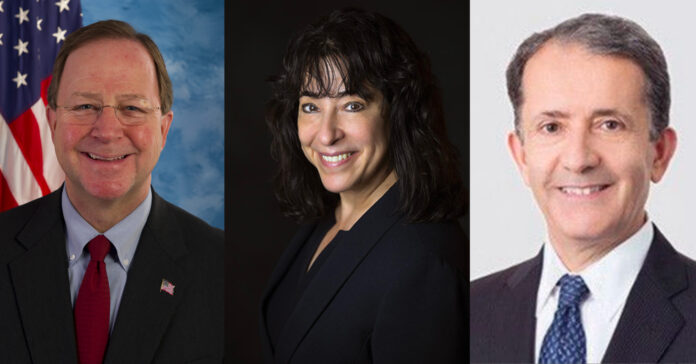 Ever since Winter Storm Uri crippled much of Texas thanks to an inadequately prepared electrical grid, the average Texan now knows way more about the Electric Reliability Council of Texas. Three new members of the group that (theoretically) help keep the lights on were selected on Monday. Let’s meet them.

Flores is formerly the representative of the 17th Congressional District and a Republican stalwart. He voted against the impeachment of former President Donald Trump, ending Trump’s emergency declaration to move money from the military to a border wall, limiting foreign interference in elections, and making states with histories of Voting Rights Act violations seek approval from the federal government before changing their laws. Before running for office, he worked in the oil and gas industry, most notably as the President and CEO of Phoenix Exploration Company.

Mendoza is the only new member of ERCOT who doesn’t have an energy background. Instead, she founded Conceptual MindWorks, a medical information company. She’s also served on the Board of Regents at Texas A&M.

The most disturbing appointment is that of Smati. He’s an energy industry titan with 35 years’ worth of experience, including running Suez NA. Suez was the recipient of one of the largest settlements from the Federal Energy Regulatory Commission (FERC) thanks to a wholesale price negotiation scheme. The company was eventually charged $81 million in fines, including $40.million in unjust profits. Essentially, Suez was found to have taken advantage of a series of credits based around lost pricing opportunities starting in 2011.FERC ultimately found that Suez had gamed the system to maximize profits.

This is a particularly noxious appointment considering the consequences of Texas’ unregulated market this past February. The wild west nature of wholesale electricity pricing resulted in skyrocketing rates for Texans in the middle of a historic freeze, leading to some five-figure bills. Electricity providers ended up making millions off of the crisis even as homes stayed cold and dark.

The fact that the overseeing board would now contain a man who worked for a company found responsible for a major breach of trust in the industry does not bode well for the coming winter. Governor Greg Abbott has already dropped most electrical grid reform initiatives in favor of popular far-right culture wars that will hopefully insulate him from more conservative challengers during his re-election.

Smati’s ascension to ERCOT is likely a signal that little of consequence will be done to help prepare the state ahead of winter, or that electrical providers will be held accountable should they fail again in a freeze. About the only thing that can be said of the three new committee members is that they do at least all actually live in the state, which was a major point of contention when the finger-pointing began during the blackouts.