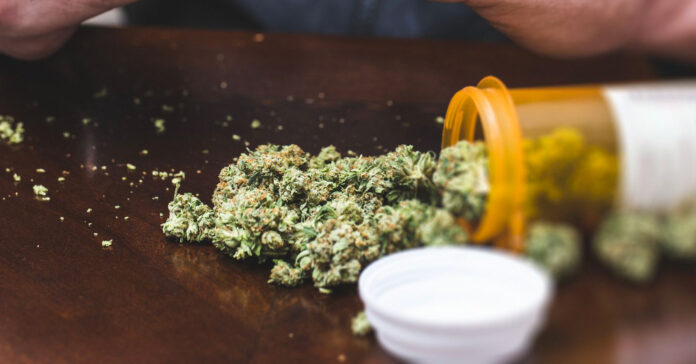 Up until a month ago, Delta-8 smokables, edibles, and vapes were legal because federal and state laws allowed for the sale of products that included less than 0.3% delta-9 THC, the main psychoactive ingredient in pot.

On Oct 15. DSHS issued a statement, banning THC isomers – chemical variations of the substance in marijuana that gets users high – by announcing that these products, including delta-8, were all Schedule 1 controlled, as reported by the Dallas Observer.

As expected, lawsuits followed, but DSHS is arguing that House Bill 1325 permits only hemp products with less than 0.3% delta-9 THC, while “all other forms of THC, including delta-8” are Schedule 1 controlled substances. Even though, nor Texas lat nor federal legislation ever mention delta-8.

The sudden move sent shockwaves through the industry, unbalancing many smoke shops and widely affecting farmers and consumers alike.“It’s a pretty big blow to them when they’ve built so much around this,” said Ben Meggs, cofounder of Bayou City Hemp Co.

In the meantime, most shops are stocking up on delta-9 products they say are legal and still get consumers stoned. Some shops, like Bayou City Hemp Co., adapted in a smarter way.

According to the Dallas Observer, they’ve already built what Meggs calls a world-class facility that’s given them the ability to research and develop products around multiple cannabinoids.

They are making any kind of ingestible product, like a gummy or a water-soluble concentrate, that’s potent enough to get consumers high, but still falls below the federal and state limit on delta-9 THC on a dry weight basis.

“They’re hanging their hat on that, and that’s the way it’s written, so we’ll abide by that,” Meggs said. “We’d already been working on this. The demand wasn’t as big. Now, the demand, of course, is growing exponentially, and it will continue to do so.”

Lukas Gilkey, CEO of Hometown Hero CBD, who filed a suit against the state and was denied by the judge, also stated people are turning toward legal delta-9. “It’s moving through word of mouth like wildfire,” Gilkey said.
Also on the Radar of many Texas companies, is another cannabinoid called hexahydrocannabinol, or HHC. Which also has psychoactive effects and can be bought in the Lone Star State since it’s not a THC isomer.