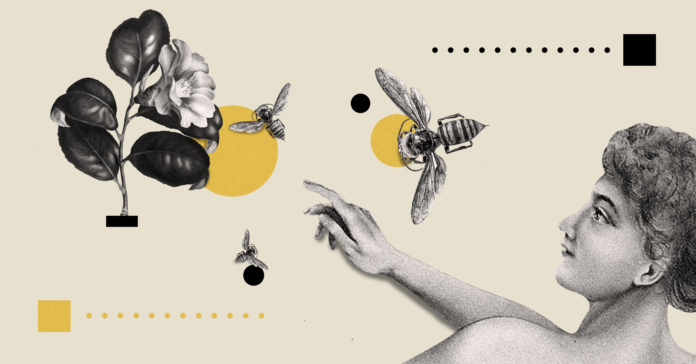 It’s only May, and so far in 2020, the world has seen a global pandemic, an economic downturn, wildfires in Australia and the death of a basketball great. Texans may be worrying what could possibly be next?

The giant insect — roughly the size of two human “thumbs up” — is native to Japan and somehow landed in the United States last fall. It has been spotted and contained in Washington state and British Columbia, Canada.

After news of the arrival of the “murder hornet” went viral, Texas A&M AgriLife’s website resource has gotten 1.9 million hits. People have been speculating about what its existence would mean for Americans.

A special task force requested by Gov. Greg Abbott, led by Texas A&M AgriLife experts, is keeping an eye on the situation. These researchers are leading the effort to protect Texans, Texan agriculture, and honeybees if the “murder hornet” arrives in the state.

In addition to research, they are committed to the spread of accurate and thorough information about these insects. They want to educate Texans so they can be their “eyes and ears” — and so we don’t panic.

Dr. David Ragsdale, chief scientific officer, associate director of Texas A&M AgriLife Research, and professor in the department of entomology says that the hornets aren’t unusually aggressive and would be a concern mainly for people who are already trying to avoid interactions with stinging insects. If you get too close to their underground nests, naturally they’ll sting to protect their young.

“There’s a small segment of the human population who are more susceptible to the venom and subsequent anaphylactic shock these stinging insects can cause,” Ragsdale said. “The thing to understand about these hornets is that they can deliver up to seven times the venom as a regular bee or stinging insect, but their venom is actually a bit less toxic than honeybees. They can also sting more times than a bee can because of the way their stinger is structured. Some of the toxins have been shown to cause heart arrhythmias in those who are more vulnerable to reactions from a sting.”

Ragsdale is part of Abbott’s task force — a team of researchers and entomologists, as well as customs and border patrol agents. He said they are mainly watching out for a different susceptible population: honeybees.

Forty percent of all U.S. honeybees winter in Texas, and they are already a vulnerable species that is threatened by other insects and viruses that have greatly diminished their population.

Many industrial and commercial farmers rely on bees to pollinate their crops.

“We’re less worried about the backyard honeybees than the full-time commercial bees that pollinate large crops of resources that Texas relies on,” Ragsdale said. “It’s very difficult to manage commercial hives and move them around if needed. But if you grow and enjoy any kind of colorful food — such as peppers or watermelon — your garden has likely been visited by a honeybee too. The hornets are specialized predators of honeybees and the bees have fewer defenses against the size and power of the hornets. Especially protecting East Texas farmland is where a lot of our efforts are focused because almost half the US bee population comes to Texas and East Texas to stay in the winter, where they gather resin and tree residue to add to their hives, which acts as a sort of antibiotic for them to stay healthy.”

The task force is working on several initiatives, including detection efforts for border and port-of-entry points, assisting with mitigation efforts to protect Texas honeybee populations, and preparing statewide identification efforts if needed and producing educational materials for citizens and beekeepers.

This is where Ragsdale says the task force is doing the most work: education and resource distribution to community partners and county agents to help Texans know what to look for.

“We know that the Asian Giant Hornets like wooded areas and high humidity. This species is not going to survive in Midland, Texas,” Ragsdale said. “It will be going to coastal areas, East Texas piney woods, places like that. The people who may encounter them would be those who live in that area, and thorough and accurate education is key to helping us curb an invasion. They would be our eyes and ears first if the hornets do make it to Texas.”

As for how they arrived in the U.S., Ragsdale said the task force has been asking questions, working with the Animal and Plant Health Inspection Service at airports, and collecting scientific data from literature from Asian countries about the species, which he says is very widely known.

“No one really knows how they got to Washington or British Columbia,” Ragsdale said. “But while we are concerned about them getting to Texas, they aren’t here right now. Shipping containers are one thing we worry about, as it’s possible they could get to Texas this way, but we also know that in some Asian countries, these insects are eaten as a delicacy, so it’s possible they were smuggled in through luggage and escaped that way.”

And the name “murder hornet?” Part of Ragsdale’s passion as an entomologist is educating others on the history and facts about insects like the hornets. He says there isn’t an approved common name yet, and “murder hornet” is mainly hype.

And if you do come across a hornet like this in Texas, there are ways to collect a sample and send it in for valuable research. It may just take a while to see one, if ever.

“That name just is not accurate and does incite some unnecessary panic,” Ragsdale said. “It is colloquially referred to as a ‘yak killer,’ though. In 2000, there was a close relative of this kind of hornet — not exactly the same but similar — that got a foothold in France. On average, that insect has spread about 60 miles a year, and it’s now in Portugal, Spain, and the United Kingdom. But that took 20 years. Texans should keep things in perspective — this is not going to be fast-spreading plague going across the U.S. if the hornets move out of Washington.”