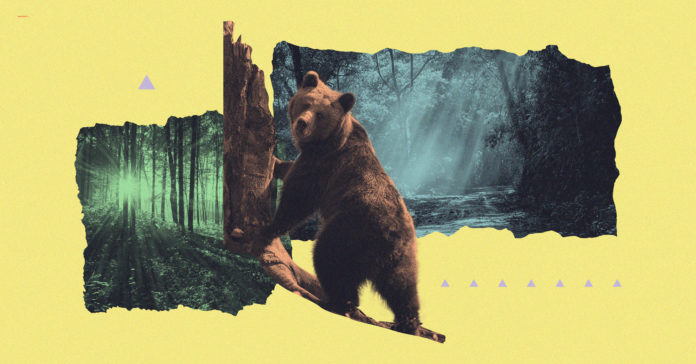 A black bear cub named Flor is the first Texas bear to go through rehabilitation. The 10-month old cub was orphaned last month when her mother was shot and killed after wandering into a resident’s backyard in Del Rio. She is now at the Cottonwood Wildlife Rehabilitation Center in Espanola, N.M., where she will learn how to live on her own so she can return to Texas.

Flor may be little, but she has a big, bossy personality. Ramsay calls her “Miss Texas.”

Flor and her mother may have been drawn inside Del Rio’s city limits by the smell of pet food left out for stray cats, according to the Texas Department of Parks and Wildlife. The use of bear hazing tactics to scare off the bear didn’t work.

Residents in areas where bears have been spotted are encouraged to secure anything bears might be attracted to, including garbage cans, pet food and bird and deer feeders.

“Bears, in most instances, are not a danger to people,” said Jonah Evans, a mammalogist with TDPW. “In 120 years in the lower 48 states, there have been fewer than 20 fatal attacks by bears. Compare that to 20 fatal attacks yearly by domestic dogs. Other cities throughout the country have found ways to peacefully live with area bear populations, and we can do the same in Texas.”

As for Flor, her rehabilitation will occur with as little human disturbance as possible, which is key to a successful rehabilitation.

“A bear that doesn’t have a fear of humans won’t survive in the wild,” Ramsay told the Houston Chronicle.

She will also need food native to Texas, so she will know what to look for when back in the wild in the Lone Star State. That means plenty of pecans and acorns.

Black bears are a protected species in Texas. If you see a bear, stay away and do not attempt to feed it. If you are in an urban or developed area, and a bear exhibits aggressive behavior toward humans or causes property damage, notify your local police or sheriff dispatch immediately and request that they contact the wildlife department. Noting the bear’s size, direction, speed of travel and behavior, especially when it is feeding in town, will greatly aid authorities in determining how to respond, according to TDPW.

The Del Rio resident who shot Flor’s mom has been charged with taking a threatened species, a Class C misdemeanor punishable by a fine of $25 to $500, the Chronicle reported.

Here is more regarding the protected species and bear safety.