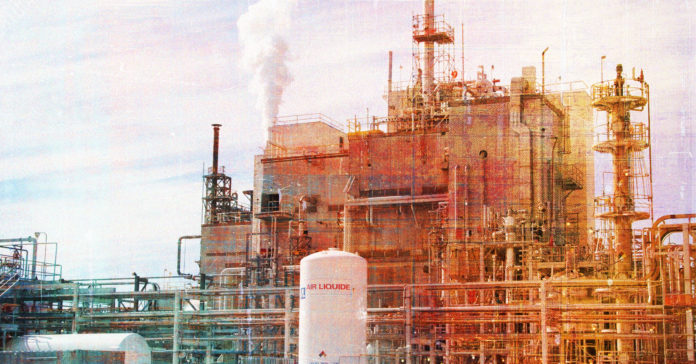 Ethylene oxide is a flammable, colorless gas used in a variety of industrial applications and sterilizing certain medical equipment. It is also a known carcinogen potentially putting Texas residents in danger of developing breast lymphoid cancer.

The gas is manufactured in various facilities across Texas, especially along the Houston Ship Channel. In fact, the state accounts for almost half of the ethylene oxide produced in America, and many of the facilities producing ethylene oxide are located in lower-income and more ethnically diverse areas, which may not have the resources to fight deadly pollution.

The Texas Commission on Environmental Quality (TCEQ), the state’s environmental agency, claims it “strives to protect our state’s public health and natural resources consistent with sustainable economic development. Our goal is clean air, clean water, and the safe management of waste.” Yet the TCEQ allows ethylene oxide in the state’s air that amounts to four times what the Environmental Protection Agency (EPA) deems safe.

“Studies show that breathing air containing elevated ethylene oxide levels over many years increases the risk of some types of cancers,”says the EPA.

Houston’s Fifth Ward is already reeling from the discovery of cancer clusters in the community linked to contamination by creosote. A new threat being partially shielded by state agencies is more evidence that Texas is failing to protect its residence from industrial chemicals.

The EPA has known since 2016 that ethylene oxide is far more carcinogenic than first thought, and has stressed the need for states producing the highest concentrations, Louisiana and Texas, to reduce their emissions for the health and safety of people around them. In Texas, the move to do so has been slow.

The TCEQ insists they have science showing the EPA is too stringent in their recommendations. This information is drawn from a study produced by the American Chemistry Council, who represents the companies that make or use ethylene oxide and lobbied TCEQ to use its data. Nine environmental groups have since lobbied TCEQ to change its mind and use studies that are more in line with the EPA and scientific consensus regarding the dangers of ethylene oxide.

Allyn West of the Environmental Defense Fund had some choice words on Twitter about TCEQ’s reliance on the American Chemistry Council data.

TCEQ toxicologist Michael Honeycutt describes the decisions to use four times the EPA-recommended amount of ethylene oxide emissions levels as based on “robust science” and feels that the EPA’s standards “over-estimates the cancer potency of ethylene oxide.”

Honeycutt is under fire thanks to a scathing report from Sharon Lerner of The Intercept. Lerner details Honeycutt’s extremely industry-friendly work for the TCEQ since 1996, including a bizarre claim that particulate air pollution actually helps people live longer rather than causing lung cancer. The Intercept article lays out in exhausting detail the symbiotic relationship between the chemical manufacturers and the Texas agency that is supposed to protect people from them.

As was recently seen in the Fifth War creosote debacle, the people who tend to be most affected by this lack of oversight are poorer and non-white populations.

“The people who will be affected by the weakening of ethylene oxide protections are disproportionately poor and nonwhite, as the EPA’s own analysis shows,” says Lerner. “While the U.S. population overall is 12 percent African American, the areas with elevated cancer risks due to ethylene oxide are 21 percent African American, according to the document the agency released in November. Latinos are also at greater risk of exposure, making up 18 percent of the U.S. population and 31 percent of those living in areas with elevated cancer risk due to the chemical.”