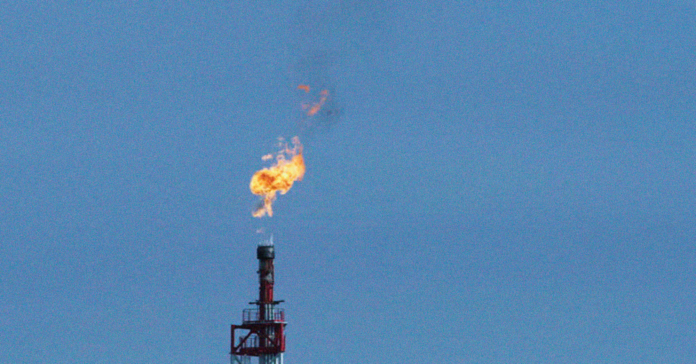 As Texas’ regulatory commission for the oil and gas industry conducted a rare meeting in April to consider reducing oil production due to the global surplus and reduced demand for gasoline during the pandemic, environmentalists pressed their case for health and safety reform within the industry.

Environmentalists used the opportunity to spotlight the dangers of flaring and venting in Texas oilfields, a process they say contributes to climate change, pollutes the air, wastes natural gas and deprives royalty owners and the state of revenue from natural gas sales streams.

“This provided the perfect opportunity to connect the dots and put a spotlight on the problem,” said Robin Schneider, executive director for Texas Campaign for the Environment.

With hundreds of comments on the hazards of the practice, the issue has gained traction with the Texas Railroad Commission, the agency that regulates the oil and gas industry.

The three-member Railroad Commission considered but ultimately rejected imposing cuts in production, but it has begun looking at reforms to reduce flaring before the industry fully recovers. In April, oil was selling at about $21 a barrel. It is currently selling at about $40 a barrel.

Commission Chairman Wayne Christian recently expressed alarm about the amount of flaring being done by producers and support for tightening regulations to contain it.

“I am very concerned by the rate of flaring in Texas,” Christian said in a statement. “We cannot continue to waste this much natural gas and allow the practice of flaring to tarnish the reputation of our state’s thriving energy sector to the general public and investors on Wall Street.”

At a June meeting of the commission, Christian directed agency staff to review preliminary recommendations presented by a group of industry association leaders who serve on the agency’s recently appointed Blue Ribbon Taskforce for Oil Economic Recovery, which was created to help guide the state’s oil and gas industry through the challenges of the COVID-19 pandemic and surplus of crude oil.

But the task force was also asked to bring suggestions for reducing flaring and methane emissions that could be developed into a policy as soon as this fall.   Preliminary recommendations offered at the June meeting were developed by the Texas Methane and Flaring Coalition, another industry-led group with overlapping members of the task force.

Environmental groups are skeptical that reforms backed by industry-led panels would go far enough to fix the problems caused by flaring and venting.

Preliminary recommendations from the two panels suggest reducing the amount of time producers would get to burn off unwanted gas without a hearing before the Railroad Commission as well as improving data and tracking of gas disposal.

“The commission’s recent calls to examine the problem are a good first step, but without concrete action to reduce flaring through regulation, monitoring and enforcement, these actions are simply not enough,” said Emma Pabst, global warming solutions advocate with Environment Texas. “Without sufficient oversight, regulations are merely suggestions.”

Pabst and other environmental leaders have criticized the Railroad Commission for putting the interests of the industry over the health and safety of the state’s citizens.

“That speaks volumes about how serious this agency is about examining the full range of concerns and solutions,” the letter states.

Besides worsening climate change, flaring “results in toxic air pollution including formaldehyde, benzene and pollutants that contribute to increased smog, which worsens heart and lung diseases and other conditions,” making sufferers more vulnerable to death from illnesses such as COVID-19, the letter said.

Furthermore, environmentalists say flaring is a waste of a useful natural resource.

“Since 2013, 1 trillion cubic feet of natural gas has been wasted in the Permian Basin that could have met the electricity needs of all of Texas’ homes three times over,” Schneider said.

Flaring has increased fourfold in the U.S. due to the shale boom, the world’s largest oil field, according to a new report from Environment Texas. More than 10 percent of flares in the Permian Basin were malfunctioning during a recent survey, including 5 percent of flares that were not even lit, releasing methane directly into the atmosphere.

Yet the Railroad Commission has approved more than 27,000 permits to flare since 2012 and continues to do so despite growing opposition, Pabst said.