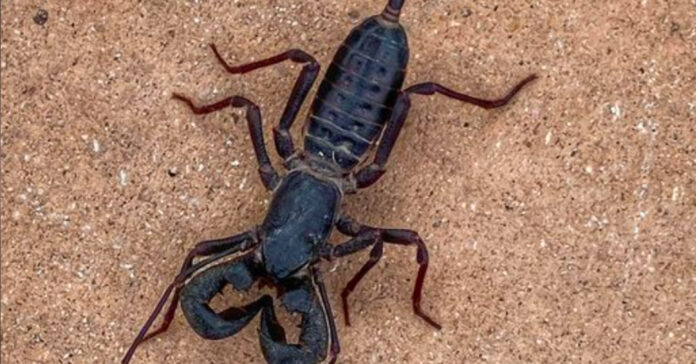 A cross between a spider and a scorpion, Vinegaroons, has emerged in Texas as a result of the recent summer rain.

The sci-fi-like creatures, also known as whip scorpions, are about 3 inches long with whip-like tails that can shoot 85% acetic acid. The bugs are not poisonous and tend not to bother people “unless you happen to annoy them”, in which they can pinch with their mouths or use their whip tail.

They get their name from the acetic acid they shoot, which is a vinegar-like substance.

Vinegaroons hunt millipedes, scorpions, crickets, cockroaches, and other invertebrates and are nocturnal with weak eyes, despite having four of them.

The creatures are generally found in West Texas and other desert-like areas.