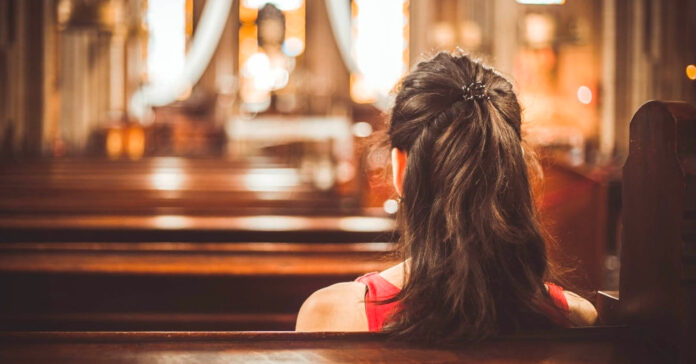 Anti-vaccine sentiment and evangelical Christianity have been known to go hand in hand. Even before the outbreak of COVID, many Texas evangelicals resisted vaccination, leading to outbreaks of measles and other diseases. According to Texas A&M religious studies professor Heidi Campbell, that problem has only gotten worse as religion and allegiance to the Republican Party have become synonymous.

“A lot of evangelicals associate themselves with Republicanism and the idea of small government, and they saw COVID-19 health guidelines as an issue of their freedom of expression and freedom of religion,” she said in the school’s liberal arts blog. “So, the issue with COVID-19 is that it’s gotten politicized as ‘government control over my life’ and an infringement on individual choice and rights, not as a health issue in many respects.”

However, there is some evidence that the pendulum might be swinging the other way. Last year, our own Tamara Kemsley reported on the growing number of Texas evangelical women who are abandoning Republican politics in the Age of Trump. While not enough to turn Texas blue quite yet, a lot of the leftward shift in the state did come from traditionally white suburban areas in the state. These are often evangelical strongholds.

That’s not to say that the group isn’t very divided, particularly when it comes to vaccination. A Pew Research Poll found that a majority of American evangelicals are planning to get vaccinated or have already begun the process, but 45 percent of white evangelicals have said that they are not. This has led to an increasing number of evangelical leaders trying to guide their flocks towards the procedure despite the unfortunate number of people who believe that the shot is in some ways an affront to God. “Jesus is my vaccine” is a fairly common meme on social media.

“According to evangelical groups in other parts of the world, taking the vaccine is like saying ‘I don’t have faith and I’m not holy,’ and it’s challenging their faith in that way,” Campbell says.

At least one Texas woman is fighting back on social media, and she might be the only person with the tools and the talent to fundamentally shift the conversation. Emily Smith is an epidemiologist at Baylor University. She is also married to a pastor, making her a woman of both science and faith.

She’s taken her work to Facebook in the form of the page The Friendly Neighborhood Epidemiologist, which has nearly 100,000 followers. By mixing her scientific rhetoric with devout appeals that come from her religious credentials, she’s reaching people who might otherwise be closed to hearing a different point of view on vaccines. Predictably, she gets a fair amount of hate mail and death threats, but she also has built a supportive community of evangelicals who want to decrease the religious anti-vaccine messages.

“When I get [comments] from moms that are just like me, and they heard different things, maybe from their friends or their pastors, that were not correct … And they went and got their vaccines and then they send pictures of [them] being able to hug their parents that they hadn’t seen in a year, that just means the world to me.” Smith told PBS. “That they trusted me enough to do that, that they could connect with their families.”

Even a casual look at her page shows that she’s having an impact on the demographic. It’s full of evangelicals, especially women, testifying about how the vaccine has been a blessing. One is Cynthia Cobb Oelkers of Austin, whose mother was afflicted with COVID and wound up on a ventilator and later died of the disease. She’s responded bitterly to people in her church community who has been against masking and vaccination.

“I love Jesus,” she commented. “He would be appalled at this selfish behavior.”