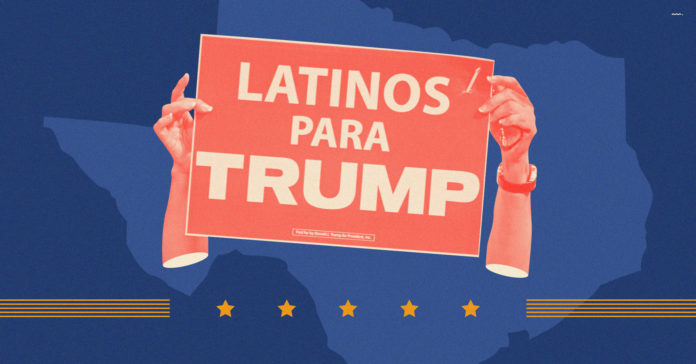 Democrats have long held that Texas was marching steadily toward their camp, with the state’s ever-increasing share of Latinx voters helping to lead the vanguard. As the 2020 election drew closer, so did the polls, prompting many to wonder aloud if this was the election when the dream would become a reality. Instead, by revealing unexpected support for President Donald Trump along the border, the results have blasted a hole in the narrative that Texas’ Latinx communities are uniformly and overwhelmingly allied with the Democratic party.

There are few comparisons to the dramatic about-face that unfolded Nov. 3 in the Latinx-majority Rio Grande Valley. Counties the president lost by 60 and 40 percentage points in 2012 came within 5 and 17 points of flipping red. In contrast, the grassroots organization Jolt recently told the Houston Chronicle their data indicate Biden won nearly 80% of Latinx voters in the far more populous Dallas, Tarrant and Travis counties.

Combined, these results underscore a point activists and academics have been making for years: Latinx voters are not a monolith, and factors from religion to region affect their political outlook.

Arlene Sanchez-Walsh is one of those researchers who has long advocated for nuance when studying these populations. Based out of Azusa Pacific University, she stresses that one trait liberals often overlook is a general distrust of government within certain Latinx communities. Coined “rancho libertarianism” by the Los Angeles Times’ Gustavo Arelleno, this attitude may have very well fueled support for Trump in Texas’ southern border.

Supporting this theory is a recent study conducted by the Texas Organizing Project. In it, researchers carried out 104 in-depth interviews about voting and civic engagement with Latinx citizens across the state. The results revealed a crisis of confidence in government’s ability and interest in meeting the needs of their communities, particularly in the Rio Grande Valley and San Antonio.

Jessica Cisneros, an immigration attorney from Laredo and former candidate for congress, said the left’s failure to deliver on major issues isn’t helping.

“You have a lot of folks that feel like they have been neglected, and they keep voting Democrat, but not much is changing for them,” she told the Washington Post. “This area, before the pandemic, had a 30 percent poverty rate and a fourth are uninsured. I can see why people might be open to voting Republican.”

Gaston Espinosa is a religious studies professor at Claremont McKenna College who has examined the role of faith and politics in U.S. Latinx communities for more than 20 years. He was among those to call attention to Trump’s rise in popularity among Latinx voters in Florida and Texas prior to the election, a trend he attributes less to economic pain and populism than issues of faith.

In mid-September, he and his team conducted a nationwide survey of nearly 1,300 registered Latinx Christians, which make up 85% of the U.S. Latinx electorate. In addition to widespread concerns about for the economy and COVID-19, the team uncovered an overwhelming desire to preserve “America’s Judeo-Christian history, values and heritage” (68%), keep “under God” in the Pledge of Allegiance (78%), and prayer in school (67%).

Add to this the fact that “Texas in general tends to be more conservative,” and Espinosa can see why Trump, who embraced the role of champion for religious conservatives, overperformed with Latinx voters in Texas.

That said, Espinosa was surprised the president won over as many as he did. “Trump took 40% of Latino voters in Texas. That’s a big deal because they made up 24% of the Texas electorate in 2020.”

Sanchez-Walsh, too, was caught off guard by some of the results, particularly in the Rio Grande Valley.

“I really thought COVID was going to have a bigger say,” she said, admitting she thought the pandemic had the potential to boost support for Democrats. Why that support never materialized is hard to say at this point. But whatever the reason, it’s clear: “Many just didn’t accept Trump is responsible for the immense suffering places like the Rio Grande Valley have gone through, and are still going through.”

Going forward, Sanchez-Walsh says strategists and pollsters would do well to investigate how Latinx voters receive their news before trying to influence or predict their vote.

“Is it the local Catholic church, and if so, how conservative is it?” she said.

Another point worth investigating is whether a limited number of employers dominate a certain community, and how a candidate or policy may appear to threaten them.

“It might be that they’re simply voting to maintain their precarious existence, and are afraid of losing their jobs,” she suggested.

Espinosa, meanwhile, contends that media and strategists have yet to appreciate the role charismatic congregations in Texas and other swing states throughout the Sunbelt play in shaping Latinx voters’ political outlook. Defined by a personal relationship with God and the born-again experience, these Protestant and Catholic groups are pro-life and have a prevailing sense that Christianity is being pushed out of the public square. They are also drawing younger and younger Latinx worshippers, especially women.

“There are 1 million new Latino voters nationwide every four years,” he said. What they believe and where they worship may very well shape what they prioritize politically in the future.