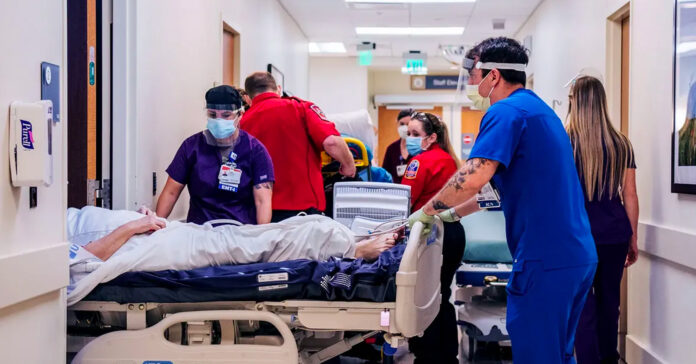 A new provision that aims to expand health insurance coverage is being discussed in Congress right now, if it’s approved, an estimate from the Urban Institute foresees that Texas Hospitals could get a 1.5 billion dollar boost in federal funding in 2022, according to the Houston Chronicle.

This provision is part of Biden’s social policy bill, the new policy would subsidize health coverage for Texans who are not able to qualify for Medicaid because their income exceeds the current policies but don’t make enough to be eligible for a private plan through the federal health care exchange.

Currently, Texas is one of only 12 states who refuse to expand Medicaid under the Affordable Care Act, meaning that close to 1 million Texans are missing out on federal-money-paid health coverage. If Texas were to expand Medicaid, the federal government could cover 90 percent of the costs, as it does in the rest of the country. This new spending bill would cover the full cost of the subsidized plans in states that haven’t expanded Medicaid for at least four years.

According to researchers, Texas hospitals could lose $157 million in annual reimbursements but would gain about $1.6 billion from patients who are newly insured. “Hospitals overall would be substantially better off than they are under current law,” they wrote.

Biden’s New Social Policy Bill Could Get Texas Hospitals a 1.5...

Hiding Under All The Layers Is A Bacterial Disease: Salmonella Outbreak...