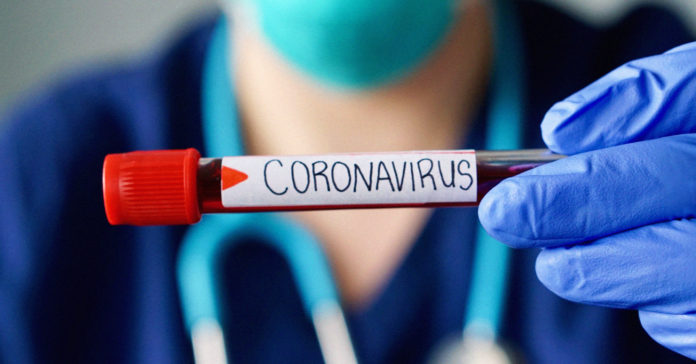 There are 10 cases of coronavirus in Texas in different stages of quarantine. All the patients are in isolation at Lackland Air Force base in San Antonio. For now, the risk to the public here is low, but let’s look at the state’s efforts to prepare for more serious scenarios.

Gov. Greg Abbott met with state health and emergency response officials this week to discuss how Texas is responding to coronavirus disease 2019 (COVID-19) and what plans are in place to deal with any possible threat should the “status quo to extreme pandemic,” the Dallas Morning News reported.

“Several state actions have been taken to ensure the health and safety of Texans. DSHS, the lead agency for response, has activated the State Medical Operations Center virtually. The SMOC serves as a touchpoint for any requests from local entities, and also ensures consistent collection, tracking, and reporting of activities and data,” a press release from the governor’s office states.

“Traditionally in public health, the interventions we know work to slow disease down are things like diagnostics, isolation at home or in the hospital, protecting health-care workers,” Tom Inglesby, director of the Center for Health Security at Johns Hopkins University, told the Wall Street Journal.

Inglesby doesn’t believe larger measures like shutting down an airport have no precedent. Inglesby told the WSJ, “There’s a lot of speculation about effectiveness and about negative consequences, without historical data, of those kind of macro interventions, like locking down a city, banning travel from one part of the country, or from a country altogether,” he added.

Schools Are Getting Ready

“The decision to shut a school down is made after consultation between public health officials and school administration,” Dr. Joann Schulte, deputy health authority for the Houston Health Department told Reform Austin.

“When the decision to close a school or business is made, the intent is to interrupt infectious disease transmission.”

“You have to keep schools closed long enough until the virus is no longer actively circulating,” according to Bruce Y. Lee, who wrote a piece in Forbes about when to close schools during an outbreak.

During the 2009 H1N1 flu pandemic, Lee was part of a team embedded in the U.S. Department of Health and Human Services to assist the national response.

Schools should look at three things if they are considering closing. Is the virus still confined to a particular school? Is the school district willing to remain closed until the virus is no longer circulating? School closures can run up big bills.

“In such instances, we discuss the possibility of remote learning or working with affected schools or businesses,” Schulte said.

“In situations related to school closures, we recommend that employees speak with the employer regarding how to handle work if a school were to shut down,” Cisco Gamez, media and public relations specialist at the Texas Workforce Commission said in an email to Reform Austin.

Dr. Nancy Messonnier, director of the National Center for Immunization and Respiratory Diseases, had contacted her own local school superintendent to ask how the district was prepared and about alternative options for schooling, the New York Times reported this week. The NYT also reported that although using broadband internet sounds smart, it’s another thing to effectively organize classes online. And not all families have the high-speed internet service that online learning depends on.

The Texas Education Agency is monitoring news reports and information from the Centers for Disease Control and Prevention, it said in an email to Reform Austin. The agency is in collaboration with other state agencies to develop guidance for Texas’ school districts and will be sending that out soon.

Parents can relay concerns to their superintendent and also connect digitally with their school for alerts to be sent to their phones through text messaging and email where those are offered.

For now, the risk of catching COVID-19 in Texas is low. The risk is still low, but in a district letter regarding coronavirus precautions, Dr. Paul Cruz, superintendent of Austin Independent School District, and Tracy Spinner, director of health services at Austin ISD, said they are monitoring the situation.

Earlier this month, a North Texas school shut down because of the flu. Dallas County shut the school down for five days so administrators could get a handle on the situation.  At the time, the outbreak had reached 10 percent of the school population, which helped with making the decision.

In 2018, two schools shut down in Fort Worth for a week because of a flu outbreak, the Dallas Morning News reported. KUT also reported on these school shutdowns having an impact on funding, as funding is based on average daily attendance, “so if the school shuts its doors for too long, that can affect its overall numbers.”

“We are in contact with the Centers for Disease Control (CDC) and will conscientiously follow their recommendations. We continue to encourage good hygiene practices and will follow appropriate assessment and monitoring protocols for students and staff who report feeling ill. New students wishing to enroll at any HISD school will be asked to complete a routine travel history questionnaire as a precaution. We have a plan of action in place should the virus present on one of our campuses. The absolute safety, health, and well-being of our students and staff is of the utmost importance at all times,” Houston ISD’s press office shared in an email with Reform Austin.

Chief External Officer of San Antonio ISD Vanessa Lacoss Hurd wrote in an email to Reform Austin, “The health and safety of its students and staff is SAISD’s top priority, and the District is closely monitoring the health risks associated with the novel coronavirus (COVID-19) through its relationship with city and federal health authorities.”

What’s the Impact on the Economy?

Relative to the Houston economy, China was the city’s number two trading partner in 2018 (up from number 5 in 2008). From March 2018 to March 2019, exports to China from Houston were down 57.3 percent, and imports were down 10.4 percent. This can be explained vis a vis the trade war and a slowing economy prior to COVID-19,” said Margaret Kidd, University of Houston Supply Chain & Logistics Technology Program Director in an email to Reform Austin.

“At the front end of this virus it is the service sector in China that is impacted the hardest. This would include tourism, airlines, catering, hotels, restaurants, and bars,” Kidd wrote.

“In China, it could possibly mean a growth at 4 percent if the virus is controlled (prior to COVID-19, 6 percent growth rate was estimated). If the virus is not controlled and manufacturing is slow to ramp up, then China might see a growth rate of 3%. It is notable that back in 2003 during the SARS outbreak, China only represented 4% of global GDP versus 2019, where China represents closer to 20 percent of the global economy.”

“Clearly the compounding impact of a slowing economy in China and outbreak of coronavirus, along with a significant temporary closure/slowdown of manufacturing will be felt globally,” Kidd wrote. “China is now slowly heading back to work and manufacturing is picking up, the big wait and see relates to the spread to the Middle East and Europe.”

The steep drop in oil and natural gas prices caused by a virus in China will only cause short-term harm to Texas and the industry, the Houston Chronicle reported. The Wall Street Journal reported that fear of the virus has hit and that uncertainty and panic can affect the epidemic’s impact on the economy. The WSJ reported in early February that the coronavirus outbreak has rattled investors with China being the world’s biggest oil importer, and while the virus scare sparking swings in stocks, bracing for what’s next seems to be the mindset through financial markets.

The WSJ also reported less travel, shopping and commuting is to be expected along with exports and supply chain disruptions.

The fear factor can make a difference, especially when we look at retail, during 9/11 in the U.S. and 2003 SARS epidemic in Hong Kong, sales plummeted, making a consumer-led economy vulnerable when a virus is of concern for everyday people. The mood of a nation can cause a dip in the economy when consumer spending is relied on for the growth of economies. Investors have been comparing the two diseases to estimate the potential economic impact, according to CNBC.

No one wants to travel when there is fear in the air. In early February, the Houston Chronicle reported, travelers from China represented the fifth-largest inbound tourist group in Houston, according to Houston First, the city’s convention and tourism agency.

China sends big spenders to the Bayou City. In 2018, Chinese travelers to Houston spent $158 million, with the average Chinese traveler spending as much as $5,000 per person per trip, according to the Houston Chronicle. Dozens of trips between Houston and China are being canceled.

The virus fears are also affecting Chinese real estate investors in Houston, and deals are falling through. China is the top foreign buyer of U.S. residential real estate, the Houston Chronicle reported.  Over 500 homes across the Lone Star State were bought last year from Chinese investors.

Based on the information currently available, the Texas Education Agency and health officials are recommending that people take the same important steps to protect against coronavirus that we take to prevent the spread of illnesses such as the flu.

All individuals are encouraged  to:

• Avoid touching your eyes, nose, and mouth with unwashed hands.

• Cover your cough or sneeze with a tissue, then throw the tissue in the trash.

• If you’ve not already gotten a flu shot, get one.

While these measures are simple, they work.