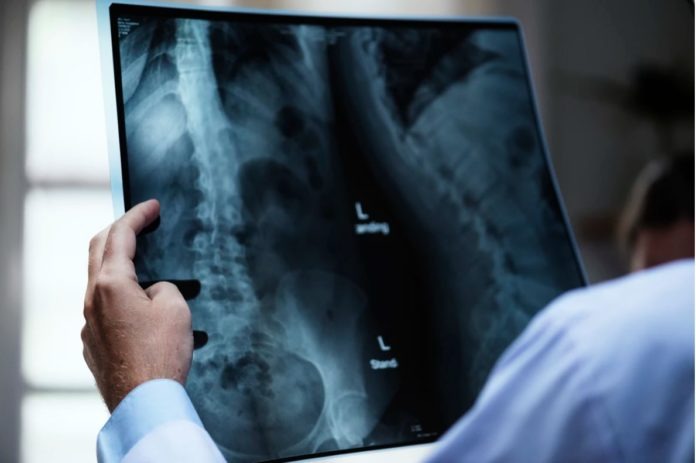 “The true measure of any society can be found in how it treats its most vulnerable members.” Mahatma Gandhi.
Thousands of children across this country live with medical conditions requiring constant, expensive medical care. These children are our most vulnerable, as they are unable to advocate for themselves and their very survival is at the mercy of laws and policies crafted by those in power.
My eight-year-old son Grayson is one of these vulnerable children. He lives with a rare form of Mitochondrial Disease, which affects multiple systems in his fragile body. He cannot walk, sit up on his own, talk, or eat by mouth. He suffers seizures, digestive issues, and vision impairment. The severe spasticity in his muscles has caused his hips to dislocate multiple times. In the next year, he will face his second major hip reconstruction surgery, a risky procedure for a medically fragile child.
Grayson’s medical needs also include private duty nursing, physical therapy, specialty equipment and supplies, and an extensive list of daily medications. Without private insurance and Medicaid coverage, we would not be able to afford a fraction of the healthcare products he needs to survive.
In February, twenty governors and attorney generals filed a lawsuit attempting to overturn the Affordable Care Act. As part of Congress’ most recent tax bill, the individual  mandate was eliminated, and these politicians argue this makes the entire ACA unconstitutional. Not only does the ACA provide protections for people with preexisting conditions, but it also forbids insurance companies from forcing lifetime caps on coverage. For those of us facing a lifetime of necessary medical care for our children, reversing these protections would be catastrophic.
Those that support efforts to undermine the Affordable Care Act and eliminate mandated coverage for those with preexisting conditions are denying the humanity of my son. How else do they reconcile the belief that some deserve and are entitled to healthcare and some are not?
I will not refute the argument that the Affordable Care Act has problems. Just like so many American families, we have seen our insurance premiums skyrocket in the past few years. I understand and empathize with those who are angry about paying significantly more money for less desirable healthcare options. However, embracing this burn it all to the ground mindset about the ACA significantly hurts Grayson and other medically fragile children.
Let’s stop this assault on the Affordable Care Act and challenge our lawmakers to come together to work on bipartisan solutions for providing healthcare for all citizens, regardless of income or health status. Instead of throwing out the entire ACA, let’s keep the parts that benefit the most vulnerable Americans, like Grayson, and work on fixing the parts that aren’t working. I refuse to accept my precious child as collateral damage in the political war and that continues to ravage our country. This isn’t about a particular political ideology or party affiliation. This is about my child’s life.