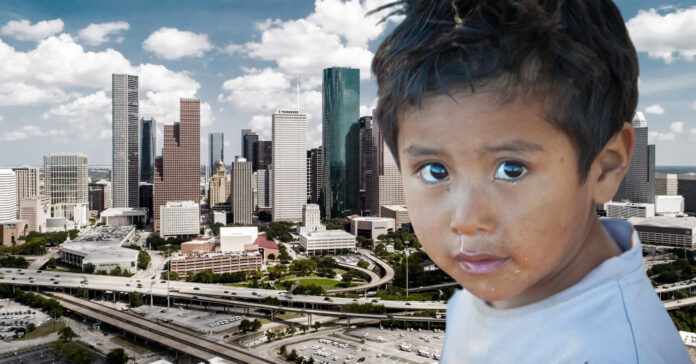 Sept 2 (Reuters) – Federal and local officials are scrambling to locate close to a dozen unaccompanied migrant children, after Houston police raised concerns about a trend of migrant children reported missing in the Texas city, according to U.S. government officials and related emails reviewed by Reuters.

The cases underscore the challenges for U.S. President Joe Biden’s administration as it faces a record number of unaccompanied kids arriving at the southwest border it must safely and quickly release to sponsors in the United States.

Earlier this summer, a Houston police detective alerted the U.S. Department of Health and Human Services (HHS) after discovering what looked like a pattern of migrant kidsmissing from the homes of their U.S. sponsors, according to an HHS official, who declined to be identified.

HHS is the federal agency that oversees the custody and release of children after they have crossed the U.S.-Mexico border without a parent or legal guardian.

In August, in a rare step, the HHS refugee office implemented an emergency supervisory review of releases of unaccompanied kids to non-parent sponsors in the Houston area, according to the HHS official and an internal email seen by Reuters.

The agency found that since late last year, 57 unaccompanied migrant kids had beenreported missing in Houston, the HHS official, and two additional sources familiar with the situation, said. Included in the count were nine kids who ran away from HHS shelters in the Houston area, the official said.

As of Aug. 26, 46 of them had been confirmed safe, the official said. So far authorities say they have found no evidence of sex or labor trafficking.

Some of the missing kids who have been located are now 18 or older. A handful left the homes of relatives acting as sponsors to join parents who were in the United States, the official said, adding that the number of cases being reviewed is small compared to the volume of overall releases to the area.

Harris County, Texas, where Houston is located, is the No.1 destination for releases of unaccompanied minors, with more than 6,300 released between October 2021, when this fiscal year began, through June 2022.

(For a map of unaccompanied minors released by county see: https://tmsnrt.rs/3Rclzfh)

More than 200,000 non-Mexican minors – who cannot be quickly turned around at the border – have been caught crossing alone since Biden took office in January 2021.

Biden officials took steps to expand emergency shelters and streamline the release ofchildren to sponsors – usually parents or relatives – in the United States, while at the same time seeking to ensure they are not sent to homes where they could face danger or mistreatment.

In some cases – about 15% of all releases in the 2022 fiscal year so far – kids are released to more distant relatives or unrelated adults who have been vetted, according to HHS data.

(For a chart on historical releases of unaccompanied minors see: https://tmsnrt.rs/3RmX0Ms)

An official with the HHS inspector general’s office had never seen this scale of unaccompanied children reported missing in one area, but said it was not clear if the trend was new or just recently uncovered by the Houston Police Department.

The city’s police department said it was “currently conducting investigations into reports of missing, unaccompanied juveniles” but declined to answer additional questions.

Mario Bruzzone, a senior policy adviser at the Women’s Refugee Commission, which advocates for unaccompanied children, said in some cases, sponsor relationships can break down after a honeymoon period following reunification.

Kids may have conflicts and run away due to trauma experienced in home countries or en route to the United States, he said. Runaways tend to be “an unfortunate part of this world of child welfare work,” he said.

“There’s a real tension here in terms of how we do releases,” Bruzzone said. “For child welfare reasons, we want to make sure that they can get to homes as fast as possible, while we’re also doing the screening necessary to ensure that the homes they are going to are safe and stable.”

During the review of Houston area cases, HHS discovered dozens of children had been released to similar addresses, which can be a red flag for possible trafficking, according to the HHS official and another source. The HHS official said the agency determined the addresses were in apartment complexes where many immigrant families live and not a significant cause for concern.

The official said that around 60 cases for release had been subject to additional review and of those 53 had been cleared for release as of Aug. 26.

Last year, releases from HHS custody were halted in and around the southern Alabama town of Enterprise. An HHS probe at the time focused on whether minors were falling victim to traffickers exploiting them for labor, three sources familiar with the investigations said.

While investigators discovered no evidence of child trafficking, they found “exploitative” working conditions for some migrants living in the area and Reuters uncovered cases ofchildren working in industrial settings in the state.  Read full story