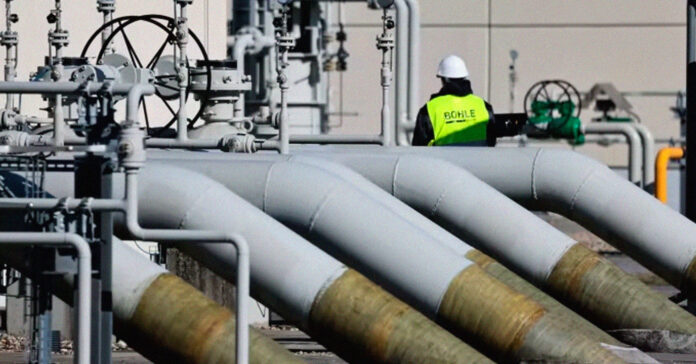 In the span of less than an hour, the equivalent of a year’s worth of exhaust from 16,000 cars spewed into the air when a gas pipeline owned by Energy Transfer in Webb County sprung a massive leak back in March.

This “ultraemitter” event made the news because of the extraordinary amount of methane released by the leak in such a short period of time. But these types of events are actually quite common, and while individual leaks rarely reach the magnitude of Energy Transfer’s, there are hundreds if not thousands of oil and gas facilities constantly leaking across Texas. A recent Associated Press investigation with researchers from Carbon Mapper, for example, identified more than 500 “superemitting” sites in the Permian Basin using infrared cameras to film methane escaping from flare stacks, pipeline compressors, and other parts of the gas production system.

According to the Texas Commission on Environmental Quality (TCEQ), the governing agency with jurisdiction over these leaks—and where I worked as an investigator from 2015 to 2022—an emissions event is defined as “unauthorized emissions of air contaminants from a single emissions point at a regulated entity.”

Because of the way reporting rules are designed, many emissions events fly under TCEQ’s radar.

The system incentivizes oil or gas facility owners and operators to minimize the appearance of any violations, leaving it up to them to report to the state when something goes wrong. Only rarely do TCEQ investigators consider reported leaks to be “excessive” under the state’s extremely lenient definition, calculated by dividing the total hours of the emissions event by the estimated operating hours per year—taking into account the length of the event and ignoring its severity. In the 2021 fiscal year, according to TCEQ’s annual enforcement report, 5,362 incidents were reported as “excess emissions events,” but the regulator issued findings in only 16 percent of those cases. Of those, it ordered corrective measures in only 19.

In Webb County, no incident in the past six years has been classified as excessive, including the Energy Transfer leak in April.

This policy of official ignorance comes from the top. A decade ago, at the height of oil and gas hydraulic fracturing, or fracking, regions like Midland in the Permian were overwhelmed with methane leak reports. TCEQ simply never investigated many of those emissions events, and then eliminated the backlog by transferring open investigations to other regions, including 40 cases to Region 16 in Laredo, where I was an investigator. We were directed to close them all out as soon as possible, even though they were from five, seven, or 10 years prior.

Essentially, we were told to sweep real problems under the rug and mislead the public about the type and quality of work TCEQ is supposed to do.

Methane is responsible for about half of the 1.1C net rise in global average temperature since the pre-industrial era. One degree doesn’t sound like a lot, but Texans increasingly feel the impacts of the changing global climate—from droughts and wildfires that strike any time of year to freak cold snaps like the ice storm last winter, and more frequent extreme heat days that bring the constant threat of blackouts.

The pollution from the oil and gas facilities in our backyards also has a direct impact on our health.

Pollutants from oil and gas extraction are linked to cancer, respiratory, and heart diseases and are especially dangerous to children and babies, pregnant people and their fetuses, and the elderly. Studies also show these impacts, and climate change overall, disproportionately harm people of color, who are more likely to live near fossil fuel, petrochemical, and other polluting infrastructure.

TCEQ tries its best to hide these hazards. Everything I learned about the dangers of being exposed to volatile organic compounds and methane emissions produced at oil and gas facilities, I learned on my own. When I was pregnant and became hyperconscious of my surroundings, I wondered why investigators were never offered respiratory protection. And, even when my doctor warned me that setting foot on oil and gas sites risked my pregnancy, I was told by my bosses I was still required to complete my workload.

Moreover, we know the reality is worse than these incomplete data show. Only recently, technologies such as satellites and infrared cameras have brought the true scope of the problem into focus. Studies repeatedly show what we long suspected: The official way of counting emissions—by calculating an estimate based on production rather than measuring actual emissions—fails to account for the true amount of independently observed emissions by half or more.

Producers claim they’re doing everything they can to reduce methane leaks from their facilities, but the data contradicts them, and Texas has abdicated its responsibility to protect its citizens from the dangers posed by our state’s largest industry. In the absence of stricter rules and enforcement, many industrial plants in Texas feel at liberty to ignore legal limits on air pollution, skip routine maintenance, and operate malfunctioning equipment.

I’ve seen for myself our system’s inability to protect Texans from dangerous pollution. We can no longer allow Texas to sacrifice our health and safety for big business’ bottom line. We need TCEQ and the U.S. Environmental Protection Agency to write and enforce rules that put the health of our communities—not corporate profits—first.