Home Houston Fears of Coronavirus Stir Up Racism in Houston, but They Don’t Have...
Facebook
Twitter
Email 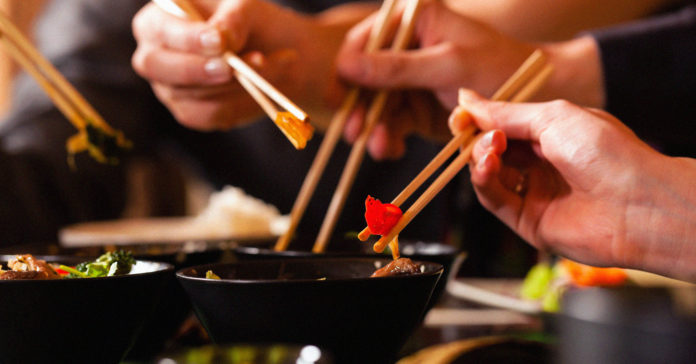 Right after the Chinese New Year at the end of January, rumors flew of possible coronavirus cases in Houston’s Chinatown. Although the rumors were false, it didn’t mean seats were filled during the lunch and dinner rushes, and instead business fell by 40 to 70 percent, the Houston Chronicle reported.

Houston Food Finder also reported a flood of concern from Chinatown’s restaurant owners and businesses that have lost not only money but fear their culinary dreams have been tainted. At the time of this story, Houston does not have a single case of COVID-19, also known as coronavirus disease 2019.

“While most new outlets have handled the crisis well, some media outlets have framed COVID-19 as a Chinese or Asian disease. This rhetoric unfairly targets Asian Americans as disease vectors,” said Rep. Gene Wu (D-Houston) in an email to Reform Austin. “Assigning this type of blame to minority communities has had a long and unfortunate history in our nation’s past.”

Wu is concerned that Asian American communities will become the targets of not only discrimination, but also hate crimes, and that unfounded fears of COVID-19 will only add to growing animosity against immigrant communities and communities of color.

“City leaders, especially in the Greater Houston area, have done as much as possible to push back against the fear and misinformation about the disease,” Wu wrote. “I hope our continued efforts are enough to avoid long-term damage to one of the most prosperous and beautiful communities in the area.”

Rumors of coronavirus have spread through social media, affecting restaurants, grocery stores, and other small businesses, wrote Maggie Wong, marketing manager at the Chinese Community Center in Houston, in an email to Reform Austin.

“Since then, Houston’s Asiatown has lost an estimate of up to one half of its regular business. The Chinese Community Center (CCC) itself has seen participants of our programs postponing their attendance, but we are not discouraged and remain committed to serving our vibrant Greater Houston community,” Wong wrote.

While our hearts are with families and friends in China who are in the middle of the outbreak, Wong said, she advises Texans and Houstonians to stay informed through Harris County Public Health’s official website. Wong encourages everyone to “evaluate their thoughts and actions based on facts rather than fear and to remember that just because a person may appear to be Chinese or Asian American, it does not mean that the person has recently traveled to China. We believe our strength comes in remaining unified as we work together to support our community.”

Adam K. Fetterman, assistant professor in the Department of Psychology at the University of Houston and the director of the Personality, Emotion, and Social Cognition Lab, explained to Reform Austin how thinking about the virus can affect some people’s actions.

“We have schemas, or mental structures, that help us to organize our thoughts and can affect our attitudes and decisions. So, if the most accessible schema for ‘Asian’ includes ‘threat’ or ‘fear,’ we may act in harmful ways towards those people or refuse to patronize Asian owned businesses,” Fetterman wrote in an email to Reform Austin.

“The news continues to make this schema accessible, so it is the first thing we think about when making decisions and forming attitudes. Whatever is top of mind will impact our attitudes and decisions, even if it is inaccurate,” wrote Fetterman.

The 2003 outbreak of SARS caused racial panic and anti-Asian slander. Some worry that people are starting to behave similarly now.

Lorena Watson, a psychology lecturer at Texas State University and a psychotherapist, wrote in an email to Reform Austin with a view on how the human subconscieous can relate to discrimination.

“When this virus broke out, people associated it with China, thus Chinese people, and from there, all people who appear to be of East Asian descent. Much of this happens subconsciously, but that doesn’t make its effects any less detrimental to communities that rely on cross-cultural interactions,” Watson wrote.

“The sharp increase in anti-Asian subframing in the public sphere is thus not surprising. It is systemic and old in this country. Most anything like the Chinese origin virus can trigger this old anti-Asian framing into the open,” he wrote in an email.

According to Feagin, racist subframes of the Asian population came into wide use by the mid- to late-19th century, and it continues today. Feagin, who has done extensive research on racial and gender issues said that massive re-education can end those biases.

The effects on Houston’s Chinatown, also known as Asiatown, can serve as a reminder that fears based on rumors or prejudices don’t have to guide decision-making if people keep facts in mind.

“The only way to work against this is constant exposure to logical truth about the epidemic and awareness to fight against our first fear instincts,” Watson said.

At the Chinese Community Center in Houston, Wong expressed optimism.

“The CCC will continue to provide trusted resources to educate our community members. It is our hope that the outbreak will soon be over and that the negative impact on Houston’s economy and on its sense of community will be minimized,” she wrote.

“If you didn’t hear it from an official government source, then it is likely not true,” Wu said. “This is the time to unite as a community.”