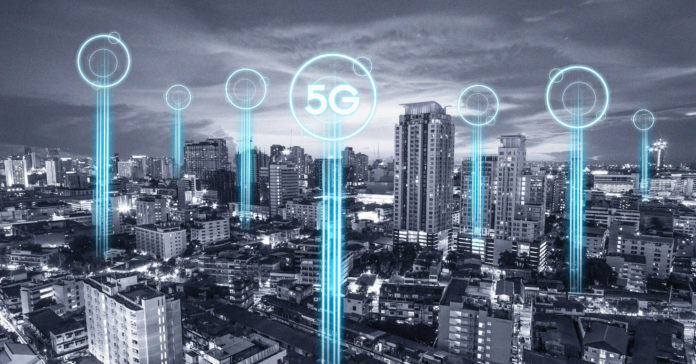 Because of this, reliable access to mobile data is critical for nearly every part of life, especially as people work remotely in response to the coronavirus pandemic and stay-at-home orders. And the demand for data is growing exponentially — experts estimate that 2020 will see 20.4 billion connected devices, with data traffic per smartphone growing from 5.1 gigabytes per month in 2016 to 25 gigabytes per month by 2022. 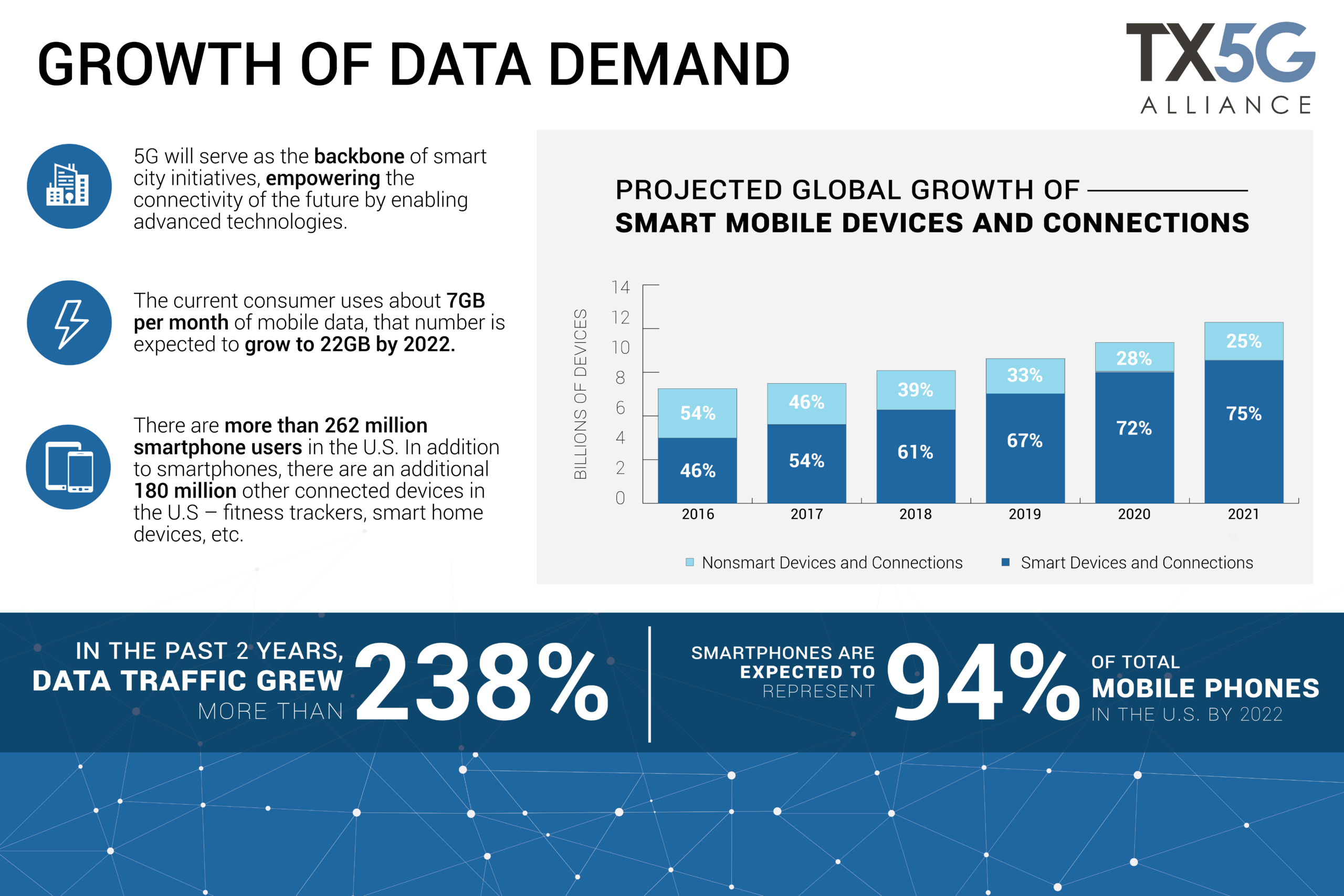 The solution for this demand is 5G technology, which will make data more reliable, more accessible and lightning-fast. 5G is the next generation of high-speed wireless technology and is expected to provide connections at least 40 times faster — and four times greater capacity — than the current standard, what we know as 4G LTE.

Last week, AT&T and 5G launched in 28 new markets across the country, including the first with dynamic spectrum sharing technology. In Texas, that included rollouts in Dallas, Austin, Austin, Navarro County, Victoria and Wilson counties.

DSS technology allows carriers to share the same channel between both 4G and 5G users simultaneously, based on demand, creating a seamless experience for customers, a release from AT&T said. Using DSS, AT&T can deploy 5G faster and more efficiently to help more customers take advantage of 5G technology, sooner.

“DSS is an important stepping stone on our path to nationwide 5G,” said Igal Elbaz, AT&T senior vice president of wireless and access technology, in a press release. “We were the first U.S. carrier to deploy this technology in our network, and it’s now playing an important role as we work toward a nationwide 5G footprint this summer.”

What the future of Texas — and the United States — could look like as a state and country powered by 5G connectivity is a thrilling possibility.

The TX5G Alliance, founded to advocate for connectivity for the future and to educate Texans about the exciting possibilities of 5G, says the advancement of 5G relies on partnership across many perspectives.

“The successful deployment of 5G takes a lot of different stakeholders, whether that is individual users, government and lawmakers, as well as the technology industry and carriers and providers,” TX5G Alliance spokesperson Scott Dunaway said. “Having them all at the table is important.”

New research released by Crown Castle shows that a majority of Texas voters and opinion leaders support faster implementation of 5G networks in their cities to increase wireless connectivity and enhance public safety in their community.

More than half of Texans know what 5G technology is, and 78 percent of Texas businesses are highly dependent on wireless connectivity to stay competitive in the workplace.

Public safety — especially now — is a top priority. Data shows that 80 percent of 911 calls are made from wireless phones. Seventy percent of Texans say they believe 5G technology will improve public safety by enhancing things like emergency and first responder responses and telemedicine accessibility and efficiency.

5G infrastructure, composed of small cell nodes, provides the solution needed to support the Internet of Things, which simply is the connection of devices with an on/off switch to the internet and to each other. 5G infrastructure moves connectivity from cellphone towers to the street level and is often installed on existing street signs, utility poles or streetlights. 5G transports data from your device to your wireless carrier’s network through lightning-fast fiber optic cable. 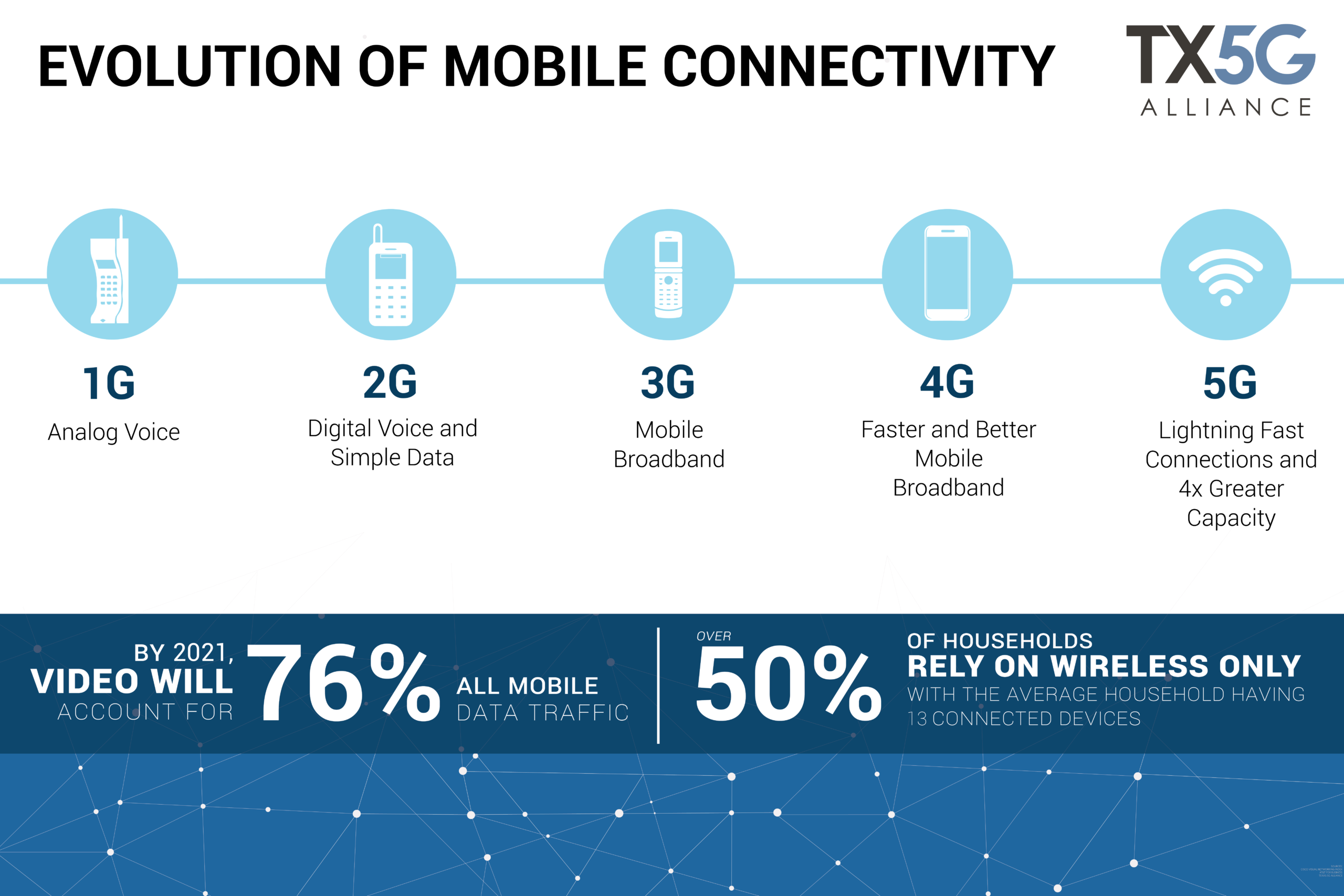 “It’s transformative for speed and reliability,” Dunaway said. “Two keys to progressing with 5G is updating the network and deploying the hardware.”

Updating the network is something AT&T is working on rolling out across the state. Texans may see varying levels of development in different areas: for instance, downtown Dallas might look much different than rural Texas, Dunaway said.

“One of the things that 5G can help solve is the speed, reliability and accessibility to data in high-density areas,” Dunaway said. “How many times have you been in a city – or even a crowded area, like a stadium — and couldn’t connect because of how many devices were in one area? 5G will help with that.”

For individual users, deploying the hardware is key. Apple is expected to add 5G capability to its 2020 flagship iPhones with its next major release, which usually happens in September. For users to be able to see a difference in speed or accessibility, you’ll need to have a device that is equipped for 5G access. Right now, iPhones are probably not capable of 5G access, but devices from Samsung and Huawei allow users to have this capability. Apple’s release could help them lead the 5G smartphone market.

Texans also don’t need to worry about health or safety concerns with 5G. Dunaway noted — citing research from the American Cancer Society and the FDA — that there are no real adverse or increased health effects from exposure to 5G radio frequencies below or within FDA limits.

“There’s really just benefits from 5G for cities and data users as the network expands every day,” Dunaway said.

Education and partnership are essential in the development and advancement of 5G technology, Dunaway said, and it demonstrates the importance and impact it will have on Texans, and why Texas legislators should take note that Texans don’t want to slow down the future of the state.

“It’s a global race towards 5G,” Dunaway said. “Through partnerships with industry and organization partners, we want the United States and Texas to be the leader in developing that infrastructure.”