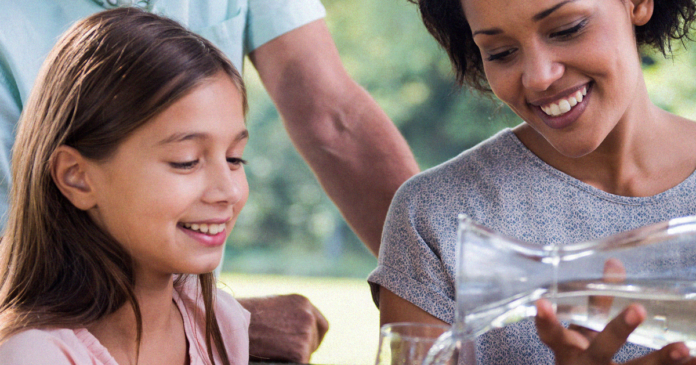 The Houston water line break is unusual, Mike Howe, executive director of the Texas Section of the American Water Works Association wrote in an email to Reform Austin.

With Texas population growth in mind, Howe said, every part of the state is attempting to address the rapid growth and expansion of their systems while maintaining their existing infrastructure.  It’s an incredible task, Howe wrote.

Water utilities are responsible for meeting the requirements of the EPA and state drinking water programs under the Safe Drinking Water Act, according to the United States Environmental Protection Agency.

Here is a look at four major cities in Texas and where their water comes from.

Local rivers and lakes supply the city of Houston surface water resources, and Houston operates three water supply reservoirs and three purification plants, according to Houston Public Works. Eighty-six percent of Houston’s water supply flows from the Trinity River into Lake Livingston, and from the San Jacinto River into Lake Conroe and Lake Houston. Also, deep underground wells drilled into the Evangeline and Chicot aquifers provide the other 14 percent of the city’s water supply.

Houston serves a total population of approximately 4.7 million. By 2070, this number is expected to reach 6.2 million, according to Houston Public Works.

What about water waste?

Houston Water has 39 wastewater treatment plants that collect and treat an average of 250 million gallons of wastewater per day, according to Houston Public Works. Houston has over 6,100 miles of sewer lines, and 383 lift stations comprise Houston’s sanitary sewer collection system.

Harris County’s population is expected to exceed 5.5 million people by 2050, according to Houston Public Works. This means using water wisely to sustain Texas’ most important natural resource. In early 2019 the Houston Chronicle reported the amount of water that single-family households in Texas currently use to water their landscapes could fill 590,000 football fields each with one foot of water. Education is key.  When the city was crafting the 2019 Water Conservation Plan, public input was welcomed on how to best conserve water. One program the city developed was the Consumption Awareness Program which provides customers access to real-time usage information about their water use daily and to set up alarms and alerts for high water usage and leaks.

A voluntary program, Source Water Protection Group, partners with numerous government agencies; their website states the program protects and monitors the rivers, lakes, wetlands and watersheds that empty into the city’s drinking water reservoirs. To be involved, click here and learn more about the program.

This past fall KXAN investigated water leaks from Austin’s aging water lines, and found that in 2018, the utility had losses of more than 6.1 billion gallons. The cost of those was nearly $2.37 million. KXAN reported that five years ago the losses from pipe leaks could fill Lady Bird Lake — twice.

However, Howe has seen progress in Austin.

“When I worked for Austin Water over 20 years ago, there was a project to replace all the nearly 100-year old water lines in Congress Ave,” he said. “Austin has a very aggressive leak detection, repair and replacement program.”

Transmission pipelines in action in Austin

With Texas’ growing population, water distribution is a mounting concern, Reform Austin reported last month. While some areas across Texas’ unique geographic landscape have a plentiful supply of healthy drinking water, others are lacking. There are solutions. One is transmission pipelines, which can reallocate water by moving it from one part of the state to another.  A 53-mile wholesale water supply transmission pipeline delivers groundwater from Burleson County to northeastern Austin.

More than 60 miles of reclaimed water (recycled from wastewater generated from homes and businesses) runs through purple pipes beneath Austin streets. It’s not used in the drinking water supply but it meets over 90% of the criteria for drinking water, despite being light yellow in color.

The region has always depended on the Edwards Aquifer to fulfill its water needs and to supply the San Pedro and San Antonio springs, according to the San Antonio Water System (SAWS) website.

The springs were originally the site of Native American encampments and were the reason the Spanish established San Antonio in 1718.

San Antonio claims the largest recycled water system in the United States. In 1996, the SAWS Board created a water recycling plan to build the nation’s largest recycled water delivery system. Water recycling means effectively reusing wastewater. It might sound gross, but it’s actually helpful for the natural environment and the wildlife that rely on it. Recycled water can be used for irrigation and compost production, and gases can be collected and converted to produce heat and power.

Dallas’ water supply comes from six reservoirs and the Elm Fork of the Trinity River: Grapevine, Lewisville, Ray Roberts, Ray Hubbard, Fork and Tawakoni. All of Dallas’ water supply comes from surface water (water from reservoirs or rivers), and not from groundwater (water from wells). Dallas Water Utilities uses chemical treatment, settling, filtering and disinfection to purify drinking water, according to Green Dallas, a city of Dallas website.

When the University of Texas at Arlington conducted a survey of private wells across 13 counties in Arlington, Fort Worth, and other areas west of Dallas, the data found “arsenic above the safe level.”

CBS DFW reported in 2018, “too much contamination in the water to not doing enough testing,” in North Texas. It also was reported, of the 76 water utilities in North Texas, 20 were in violation of the federal Safe Drinking Water Act.

In a 2018 Drinking Wat​er Quality Report on the City of Dallas website read the City of Dallas Water Utilities is a “Superior” Rated Water System. The report states, “All drinking water may contain contaminants. Drinking water, including bottled water, may reasonably be expected to contain at least small amounts of some contaminants. Contaminants may be found in drinking water that may affect taste, color or odor problems, but are not necessarily a cause for health concerns.

Investments in infrastructure are critical according to Otero, to ensure water systems maintain their ability to provide safe water over many years. Especially in Texas when seasonable or extreme weather comes into play, which can shorten the lifespan of water system components.

The future of drinking water in Texas

Everything is bigger in Texas, including the funding needs for our water supply, water pipelines, dams, maintaining huge reservoirs, springs, desalination plants and demand.

“While many municipalities may have a capital improvement plan for their drinking water systems, they often only look at immediate needs or plan for five to ten years into the future.”

“Big projects are done with long term loans with ratepayers covering costs over the long term. Smaller systems may not have the rate base to fund replacement costs.  It can be a constant issue of repairing lines that should be replaced,” Howe said. “The Texas Water Development Board (TWDB) has loan programs and works closely to assist smaller systems in particular.”

Since 1957, TWDB has provided $27.6 billion in financial assistance for water projects, according to their website. Also, the TWDB website states, after the devastating drought of 2011, the Texas Legislature sought additional tools for funding water projects, which led to Texas voters approving a constitutional amendment creating the State Water Implementation Fund for Texas in 2013.

Howe said Texas is fortunate that the citizens of the state have provided the funding for the board to address infrastructure issues.

“Not every state is this forward-thinking,” he wrote.