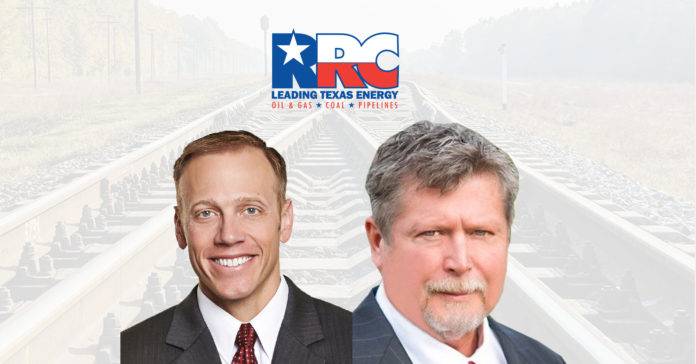 According to the latest results from the secretary of state, Wright received 56.05 percent of the statewide vote, while Sitton received 43.95 percent.

In addition to an incumbent losing, creating a rare open seat for the state’s oil and gas regulatory agency, Wright’s win is surprising given his campaign finances. He spent $22,500 on his campaign, while Sitton spent $618,000 over the past seven months, finishing the campaign with over $2.2 million in his campaign war chest. Typical of other Railroad Commission races, the incumbent received much of those funds from the oil and gas industry.

Wright had a very small social media presence and did not have a meaningful campaign website until a few months ago. On the other hand, Sitton was known for his active social media engagement throughout his tenure as a commissioner and during the election.

In regard to differences in their platforms, Wright told the Austin-American Statesman he wants to “bring integrity back to the Texas Railroad Commission” using his outsider status. He said commissioners should recuse themselves from matters that come before them involving campaign contributions, an issue brought up in previous Railroad Commissioner races.

Another issue in the race was flaring, the process of burning off excess natural gas at oil wells, and its environmental effects following a lawsuit against the commission in December. While Sitton produced a report that some criticized as a joke, Wright opposed flaring bans and told the Statesman that commissioners should do a better job of encouraging oil well operators to get excess natural gas to market.

In the middle of February, allegations of inappropriate behavior were made against Sitton. He denied them resoundingly calling it “the most pathetic thing I’ve seen in politics.”

Some commentators have mentioned one small factor in Wright’s success could be that he shares his name with a famous Texas politician, the former U.S. House Speaker, as well as a West Texas 11th Court of Appeals judge.