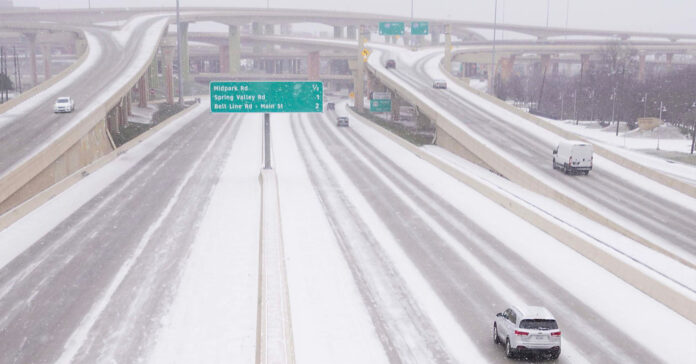 The Texas Railroad Commission is the state’s chief regulatory committee when it comes to oil and gas, a role in seeming opposition to its title which helps obscure the members from public scrutiny. As winter bears down on us and another possible power catastrophe looms, it’s becoming increasingly clear that the commissioners are working for the benefit of oil and gas, not Texans.

“Consumers as well as everyone involved in keeping the lights on in Texas needed one thing above all else from their government officials: the truth,” The Houston Chronicle said in a recent editorial. “And the truth of Winter Storm Uri was that a sudden cold snap brought Texas’ vaunted independent power grid to within minutes of a weeks-long collapse, not primarily because wind energy is unreliable, nor because gas companies bungled paperwork. Texans died because our infrastructure wasn’t ready for even a three-day cold spell.”

The Chronicle was referring to a Zoom meeting that took place in the middle of the power outages during Uri helmed by chairman of the Railroad Commission, Wayne Christian. Christian was keen to spin the power crisis as the failure of renewable industry rather than that of the gas power generators that were responsible for more than twice the power loss of other generators according to a federal report. Christian’s excusing/lauding of the gas industry was echoed by fellow commission Christi Craddick, who told the U.S. House of Representatives in March that gas was not the problem, but the solution.

Why would the commissioners deliberately obfuscate the role that the failure of gas generators they are responsible for regulating in the disaster? It possibly has to do with the fact that they continue to have grand financial stakes in the gas industry.

Christian hold thousands of dollars in stocks with oil and gas companies and has reaped tens of thousands of dollars in dividends according to a report by Commission Shift. In addition, he has regularly ruled on matters involving the companies that he has a financial stake in despite rules saying they must recuse themselves. It’s also clear from the report that the oil and gas industry is largely responsible for the commissioners’ political well-being. More than 60 percent of their campaign contributions come from the industry.

Craddick has even more money vested in the companies she is supposed to be overseeing. She owns nearly $2 million in oil and gas assets and another $1.4 million in mineral interests from various properties. Like Christian, she also fails to recuse from cases where her money is on the line, including one involving a leaking pipeline.

It’s little wonder why the commissioners are reticent to hold gas companies accountable for the loss of life and billions of dollars in damage from Uri. They have ties so deep to them that protecting them from financial liability or costly update has clearly become second nature. While it’s understandable to want people with some oil and gas experience overseeing the industry, the lack of effective oversight or divorce from financial gain has turned the Railroad Commission into a marketing department for the same companies that failed the state in February.