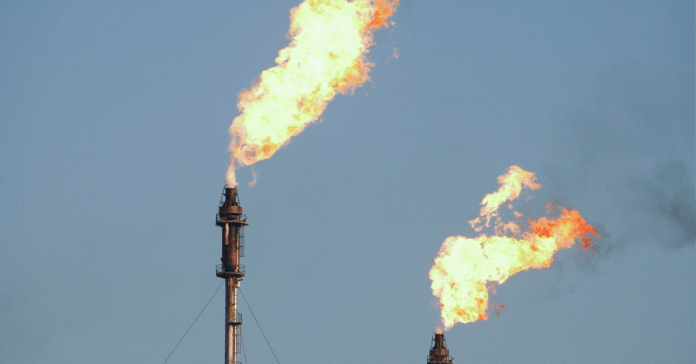 After being rebuked in the media, a Texas Senate hearing and hundreds of public comments for allowing natural gas companies to pay a $150 fee to opt-out of registering as critical infrastructure that supply power plants, the Railroad Commission narrowed the exemptions for rules they unanimously adopted on Tuesday.

The changes from the proposed rules were not available publicly at the time of adoption, but were later posted online Tuesday afternoon.

At issue is ensuring gas can flow so there is adequate power for the upcoming winter to meet extreme conditions and high demand.

The state oil and gas regulators recommended criteria for critical infrastructure to balance the needs to differentiate the gas supply chain and address the “paperwork” blunders that led to some of the power outages in February. They released small producers from having to register as critical infrastructure while ensuring large-volume gas producers, underground storage facilities, and pipelines directly feeding power plants and serving city gates (e.g. utilities) will not be exempted.

This was a marked improvement from the proposed rule, which advocates credit to the awareness and vigilance during the rulemaking process ahead of the meeting. However, this will not ensure gas will flow to Texas power plants come winter, experts say. In findings recently released by federal regulators, the primary cause of the gas shortage during Winter Storm Uri was cold weather conditions, contrary to the industry narrative that it was mainly from power outages at gas facilities who failed to register as critical.

The “critical” designation is relevant because only those facilities will be required to weatherize, the standards for which have yet to be released by the Railroad Commission (RRC) due to timelines set in the power grid reform legislation passed in May.

First, a committee will meet in private in 2021, then release a report by January 1, 2022 with findings on “mapping the electricity supply chain” and identifying what is needed to operate critical infrastructure, recommendations for communication across state agencies with oversight of electric and gas utilities and emergency response, and establish best practices for power and natural gas weatherization and how to enforce compliance.

This committee will then produce a map of the state’s electricity supply chain to determine what needs power during extreme weather events by September 1, 2022. This was incorporated in the amended rule passed Tuesday. After the supply chain map is released, the Railroad Commission will have six months to write weatherization standards, which could be as late as March 1, 2023. It is then left to the discretion of the Commission to what extent and under what timeline those standards will be enforced.

Power plants have already been required to weatherize by December 1 of this year, which ERCOT intends to monitor and issue fines of up to a million dollars if violations are found.

The commissioners spent a majority of the meeting lamenting what authority they do not have to ensure gas flows to power plants during extreme weather events. Commissioner Wright even compared their inability to ensure gas flows at a certain time to the government’s inability to force Chick-Fil-A to sell food on Sundays. He suggested gas generators and utilities should buy ahead of time, which he claims is already being done for this winter, and that more gas should be kept in storage.

To prepare for winter, Commissioner Christi Craddick called on gas power generators to secure more “firm contracts” for fuel supply, something Railroad Commission staff disclosed they have no knowledge of because they have no jurisdiction over private contracts. But as Bloomberg reported, gas still did not flow in February for some firm contracts for major generators like Vistra.

“While no form of energy performed perfectly during Winter Storm Uri, the insistence that natural gas producers are the primary culprit of the February blackouts is pure hyperbole”, said Chair Wayne Christian.

In response to criticism of the proposed rule and the $150 opt-out fee, Christian said the “media narrative” was misguided and argued it was the Legislature who created the fee and that it was outside of the jurisdiction of the Railroad Commission. He went on to say it is not a “get out of jail free card” but a simple application fee, and that changes made to the proposed rules will ensure simply applying for an exemption does not guarantee it will be granted.

Chair Christian also promised to issue a response to media stories and editorials about the securitization rule adopted in a previous meeting putting Texas ratepayers on the hook for $3.4 billion in debt for gas utilities from high gas prices during Winter Storm Uri. He claimed the Railroad Commission does not have jurisdiction over gas prices, but they do have jurisdiction over utilities, which he argued do not profit off of such high prices because it is illegal. This move, as ordered by the Legislature, ensures ratepayers do not feel the hurt all at once; instead, it gets spread over time, Christian said.

Travis Kavulla, former president of the national association of state public utility commissioners, observed on Twitter that Texas consumers will, however, be repaying gas utilities’ “Commission-authorized pre-tax return on Winter Storm gas costs,” which constitute profits for their shareholders.

Consumers did not receive any relief regarding their increased utility bills from the Texas Legislature otherwise.

The high gas prices during the February winter storm elicited some allegations from generators of price gouging and market manipulation for profits, which has led to the Federal Energy Regulatory Commission (FERC) opening investigations into two potential cases last month.