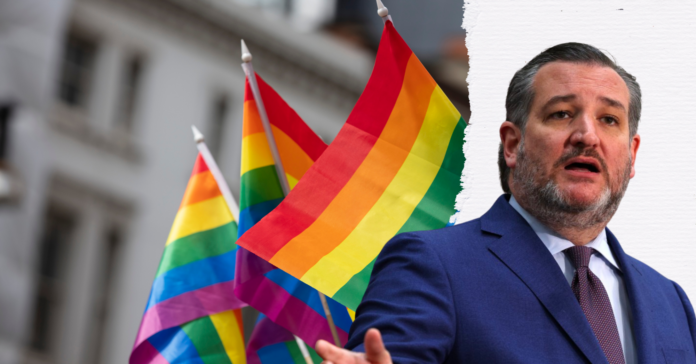 On Saturday, the Texas Republican expressed his opinion on his YouTube channel.

He added: “The way the Constitution set up for you to advance that position is convince your fellow citizens, that if you succeeded in convincing your fellow citizens, then your state would change the laws to reflect those views. In Obergefell, the court said, ‘No, we know better than you guys do, and now every state must, must sanction and permit gay marriage.'”

Cruz believes that decision was “clearly wrong,” and states it was the court overreaching – currently Texas is the state with the strictest abortion laws, only permitting the procedure in the case of a medical emergency where the pregnant women’s life is in danger.

His remarks come weeks after the Supreme Court overturned Roe v. Wade, ruling there was no longer a federal constitutional right to an abortion,

The dangerous precedent set by the Supreme Court has many conservatives expressing their opinions on other rulings that should be overturned.

According to CNN Politics, Justice Clarence Thomas called for the court to reconsider its earlier rulings striking down state restrictions on contraceptives, state sodomy bans, and state prohibitions on same-sex marriage.

“Because any substantive due process decision is ‘demonstrably erroneous,'” Thomas wrote, “we have a duty to ‘correct the error’ established in those precedents.”