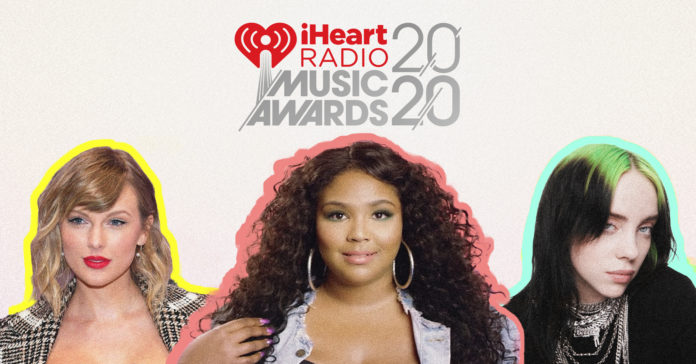 With the in-person awards ceremony canceled due to the pandemic, iHeartRadio unveiled its Music Award winners over the weekend.

Winners include Billie Eilish for Female Artist of the Year and two other awards, Lizzo for Song of the Year (“Truth Hurts”), Jonas Brothers for Best Duo/Group of the Year, Taylor Swift for Album of the Year (“Lover”) and more. The 2020 iHeartRadio Music Awards also honored Elton John with the Tour of the Year Award.

The annual iHeartRadio Music Awards is a music event celebrating the most-played artists and songs on iHeartRadio stations and the iHeartRadio app throughout 2019.

Given the new limitations on events during the pandemic, this year’s “live event” portion of the iHeartRadio Music Awards, originally scheduled to air from the Shrine Auditorium in Los Angeles on March 29, was canceled, but winners were officially announced on-air across the country and via social media over Labor Day weekend. The show is set to return to the Fox network in 2021.