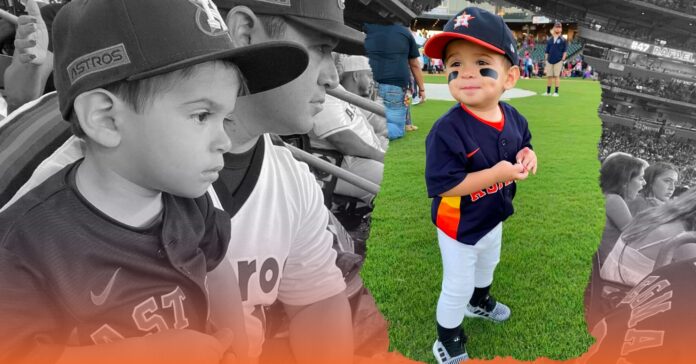 Steven Silvas, a diehard Astros fan from Corpus Christi, uploaded a video of his 2-years-old singing the famous “Let’s go Astros” chant before going to bed. The video went viral and now Silvas’ son is being called the Astros world biggest fan.

In an interview with Texas Sports Nation, Silvas said that after putting little son to sleep, he started to hear a chant emerging from the room. At first, he said he was concerned so he checked the baby monitor he and his wife use to keep tabs on their toddler. They realized that the 2-year-old was the one singing. “I opened the app on my phone and there he was doing a little cheering before he laid down to go to sleep”, said Silvas. He then uploaded the video to Twitter and has been seen by 72K people.

Silvas explained in the interview that The Astros usually start too late for his son’s early bedtime, but he watches most day games with his mom and dad. “He’s already been to two games, so he’s heard the chant at the games, but he’s probably mostly heard me do it around the house.”