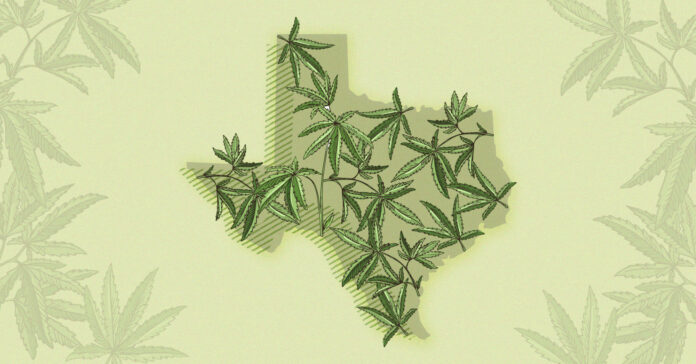 Texans are being driven out of the state just so they can obtain weed legally. They are either waiting in long lines in New Mexico or visiting doctors in Oklahoma, to buy something they are going to consume in the state, either way.

According to The Houston Chronicle, Thirty-seven states have legalized medical cannabis, and 18 allow sales for recreational purposes, but not Texas.

In Texas, Gov. Greg Abbott and Lt. Gov. Dan Patrick, have both sworn to never legalize marijuana. Possessing up to two ounces of marijuana is a misdemeanor punishable by 180 days in jail and a $2,000 fine. More than four ounces is a felony.

Marijuana is not getting any less popular, and anti-pot laws are not useless at preventing consumption, but they encourage organized crime instead of a responsible business sector.

“It is absolutely amazing that in 2022 we have a multi-billion-dollar industry and an entire ecosystem around it, and at the same time, we’re still arresting almost 600,000 people a year for simple possession,” Toi Hutchinson, president and CEO of the Marijuana Policy Project, said in his report listing best practices for legalizing pot.

Democratic gubernatorial candidate Beto O’Rourke has already proclaimed his support for legalization, while Republicans continue to make it impossible.

Texans should not have to cross state lines to buy pot, prohibition is a waste of time, money, and resources.