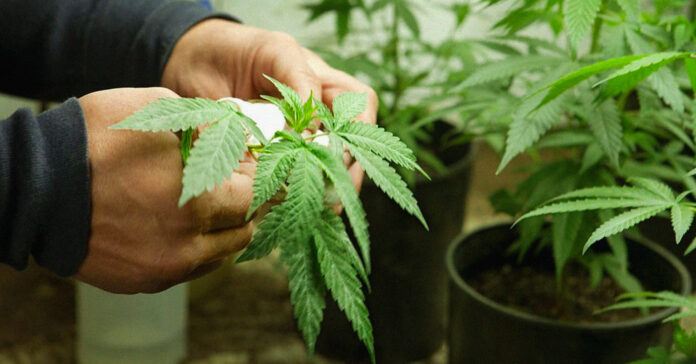 Like most Texan voters, retired Army Maj. David Bass is pro Marijuana. He has been advocating for medical cannabis, ever since 2015, when he founded Texas Veterans for Medical Marijuana.

When Bass returned from operations in Desert Storm and Iraqi Freedom, he was diagnosed with post-traumatic stress disorder and was prescribed psychotropic medications for PTSD and opioids for chronic pain. After a few years, Bass decided he was tired of the pills and switched over to medical cannabis.

“By the end of 2012, I had stopped taking the pill,” Bass said. “I proved to myself that cannabis is effective medicine for PTSD. The symptoms of nightmares, sleeplessness, anger outbursts, paranoia, hypervigilance–medical cannabis took care of them,” Bass told Spectrum News in an interview.
It wasn’t until 2021 that PTSD was added to the list of qualifying conditions for medical marijuana use. For nearly a decade Bass had to illegally use cannabis. This is why he is pushing Texas lawmakers to pass a decriminalization bill, plus expand access to medical marijuana.

Bass doesn’t believe Texans should be arrested for possessing small amounts of cannabis.

“That arrest and conviction affects all aspects of their life–their job, education, housing. We just don’t think that the punishment fits the crime for possessing personal use amounts of cannabis,” Bass said.

He also supports legalizing marijuana for recreational use, with regulations.

On his side is Susan Hays, the Democratic candidate for Texas agriculture commissioner. She believes cannabis is helpful to a lot of people and should be legalized with regulation.

Sid Miller, the incumbent agriculture commissioner, doesn’t think Texas is ready to legalize the plant for recreational use. But he does support expanding access to medical cannabis beyond select conditions like PTSD, autism, and cancer.

On January 10 the legislative session begins and Bass wants to work alongside lawmakers to draft a bill before then.