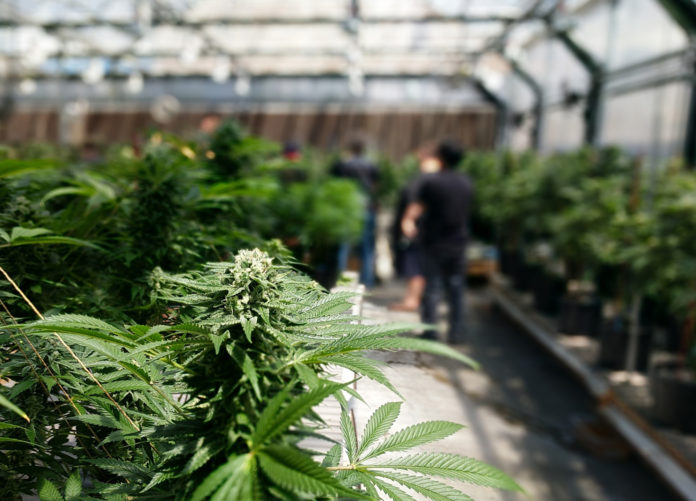 The Texas House on Tuesday gave broad preliminary approval to a bill that would allow farmers in the state to legally grow industrial hemp — a move lauded as a win for the state’s farmers.
Hemp is a cousin of the marijuana plant, though it contains low levels of tetrahydrocannabinol, the psychoactive element in marijuana known as THC. While hemp-based products that contain no THC — like clothing and twine, protein powder, moisturizers and essential oils — are legal in the state, the plant cannot be legally grown here and Texas businesses often have to source it from other states.
“There’s no good reason for Texas farmers and ranchers not to have hemp as a crop option,” said Gene Hall, a spokesman for the Texas Farm Bureau. “I suspect a lot of farmers will choose this option once it’s available. It’s a drought tolerant crop and can be grown anywhere where cropping is prevalent right now.”
House Bill 1325 from state Rep. Tracy King, D-Batesville, would also legalize hemp and hemp-derived extracts like CBD oil so long as they contain no more than 0.3% THC. Should King’s bill become law, marijuana would still be illegal.
King’s bill would also remove hemp from the state’s controlled substance list — where it’s still listed as a criminal substance — and set up a farming program outlining guidelines for cultivating the plant.
“HB 1325 is right-to-farm legislation that will allow Texas farmers the opportunity to cultivate a drought resistant cash crop — that being hemp,” King told other House members.
HB 1325’s initial passage Tuesday came in a voice vote. No one voiced opposition to the bill, and members applauded when the vote ended. The bill will need to get final approval from the House before it can head to the Senate — but that final approval is usually just a formality.
More than 40 other states have legalized hemp production, but bills to do so in Texas have failed in past legislative sessions. King previously said he was optimistic about his bill’s passage since Congress last year passed the Farm Bill, which legalized hemp that contains no more than 0.3% THC at the federal level.
When laying out his bill in front of the House Agriculture and Livestock Committee earlier this month, King touted his bill as good for Texas farmers since it’s one of the most versatile crops on the market.
It’s unclear how much money hemp will bring to Texas if farmers are allowed to grow it. But during that same hearing, Jeff Lake, who works with a company that partakes in Kentucky’s industrial hemp research pilot program, told the panel of lawmakers that his company, Elemental Processing, pays between $3,000 to $5,000, plus a bonus, for an acre of hemp compared to $350 to $400 for an acre of corn on a good year.
If King’s bill becomes law, the Texas Department of Agriculture will enact regulations to govern a hemp program, which would need to be submitted to the U.S. Department of Agriculture for approval. Those regulations would include a licensing process for farmers wanting to grow the plant.
To create the state’s guidelines, the Texas agency said it’s looking in other states that already have industrial hemp programs.
King’s bill has the backing of top Republican leaders like Agriculture Commissioner Sid Miller, who said in a statement to The Texas Tribune he “will support any bill that helps Texas agriculture.”
“Allowing the Texas Department of Agriculture to create an industrial hemp program here in Texas will give Texas farmers an exciting new opportunity to thrive — and that’s something everyone should get behind.” Miller said. “It is all about Texas farmers and ranchers and seeing them prosper.”
This story originally appeared on the Texas Tribune. To read this article in its original format, click here.