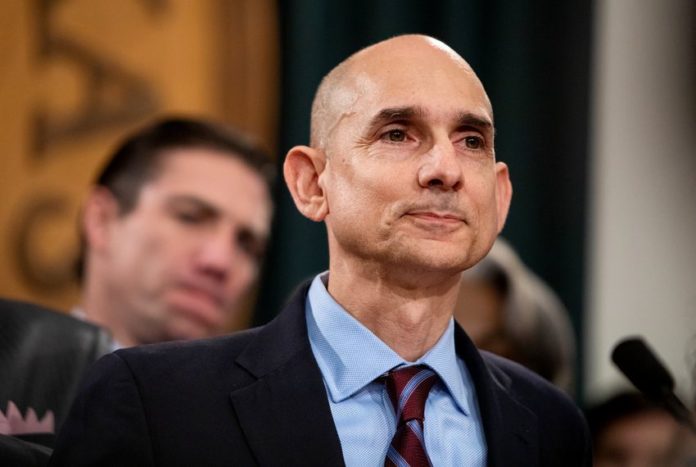 The Texas House voted Wednesday to advance legislation that would make the Teacher Retirement System pension fund financially healthy and give one-time checks to retired teachers.
By a voice vote, House members gave preliminary approval to Senate Bill 12, endorsing a more costly revised version of the teacher pension fixes that was originally proposed in the lower chamber. The House’s version of SB 12, sponsored by state Rep. Greg Bonnen, R-Friendswood, would increase the amount the state contributes to the pension fund by 2% over the next five years, and give retirees a one-time check of up to $2,400 by September 2020, in addition to their monthly checks of that amount.
“TRS cannot issue a badly-needed cost of living increase or supplemental payment because the fund is not actuarily sound,” Bonnen said explaining the bill Wednesday. The bill still needs a final vote in the House — usually just a formality — before the chambers can form a conference committee and negotiate the differences.
The Senate’s version of the bill, passed unanimously in March, would increase the amount the state, school districts and current school employees pay into the pension fund over the next six years, to make it financially healthy. It would give retirees a smaller “13th check” of up to $500.
The House has proposed spending $684 million in general revenue to increase the state contribution and $658 million from the state savings account for the one-time payment. The Senate has proposed spending $542 million from the state savings account for a smaller increase in the state contribution and a smaller one-time payment.
Bonnen, the brother of House Speaker Dennis Bonnen, acknowledged the House’s more costly approach.
“The approach is nonetheless more responsible than infusing one-time payments of cash intermittently,” he said.
According to a 2018 TRS study, the average person who receives TRS pension benefits is 71 years old and receives about $2,078 each month. Teachers pay 7.7% of their salaries into the pension fund, while school districts pay 1.5% of teacher payroll — a combined number that is dead last in the country among teacher plans.
Both House and Senate versions of the bill would make the pension fund “actuarily sound” or financially healthy, meaning lawmakers would be able to improve a cost-of-living increase for pension payments under state law. But SB 12 would not provide automatic increases in monthly payments for retirees.
This story originally appeared on the Texas Tribune. To read this article in its original format, click here.