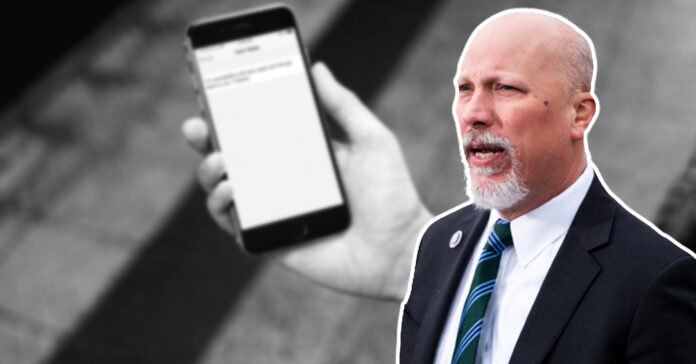 In the nebulous week after Election Day 2020, U.S. Rep. Chip Roy (R-Austin) was ready to continue the fight against President Joe Biden’s win. However, as the evidence of a clean victory mounted and former President Donald Trump’s inner circle descended into conspiracy nonsense and outright attempts to overturn the election, Roy pleaded with Republican leadership to stop before things got out of hand. CNN obtained a trove of text messages between Roy and Trump White House Chief of Staff Mark Meadows between November and the coup attempt at the U.S. Capitol showing the representative’s increasing frustration with the way things were being handled.

“If POTUS allows this to occur … we’re driving a stake in the heart of the federal republic …” Roy texted Meadows on New Year’s Day 2021.

A fight over the legitimacy of the 2020 Presidential Election was always going to happen. Throughout the campaign, Trump claimed without evidence that there would be massive amounts of voter fraud, lending weight to the wealth of conspiracy theories that would emerge after he lost. Roy was initially ready to participate in any plot that could keep Trump in power.

“Good. Be well. If you’re still in the game… dude, we need ammo,” he texted Meadows on November 7. “We need fraud examples. We need it this weekend.”

However, it quickly became clear to Roy that the efforts by the Trump Team were edging dangerously close to an attack on the entire federal system of elections.

“We must urge the President to tone down the rhetoric, and approach the legal challenge firmly, intelligently, and effectively without resorting to throwing wild desperate haymakers, or whipping his base into a conspiracy frenzy,” he said in an email to Meadows on November 9. “Goal 1a is to get the president re-elected by counting every ‘legal’ vote through recounts in states where the margins qualify and filing lawsuits in states where there is enough circumstantial voting irregularities evidence to justify the legal action. Goal 1b is to expose corruption where found in a way that motivates public officials to bring about effective change to the voting process which brings meaningful and effective election reform allowing for every vote to be counted in an open/transparent and fair manner to all parties the end game for future elections is for a clear winner to be declared and accepted by all parties.”

Roy’s attempts at reason mostly fell on deaf ears, with Meadows increasingly not responding. For the next couple of months, Roy would plead to make recount efforts dependent on solid evidence, as well as attempting to silence the more outlandish rhetoric of Trump lawyers Rudy Giuliani and Sydney Powell. By the end of the year, Roy was begging Meadows to urge Trump to bow out gracefully before irreparable damage was done.

“The President should call everyone off,” he texted Meadows on December 31. “It’s the only path. If we substitute the will of states through electors with a vote by Congress every 4 years… we have destroyed the electoral college… Respectfully…Give a statesman speech. End strong.”

Of course, Trump did no such thing. He continued (and still continues) to make a delusion of election fraud the core of his message. The lies were instrumental in the attack on the U.S. Capitol on January 6 where an angry mob attempted to stop the certification of the election and called for the deaths of members of Congress and Vice President Mike Pence. As Roy watched Texas Sen. Ted Cruz claim from the floor that day that the election was stolen, Roy sent one last plea to meadows.

Meadows did not respond.