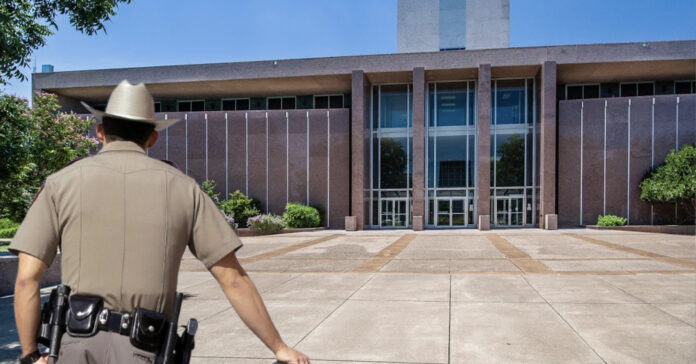 On Wednesday, The Supreme Court reviewed a lawsuit by a former Texas state trooper who claimed Texas violated federal law when it did not give him a new job upon his return from military service. SCOTUS rejected Texas’ argument that they are protected by state sovereign immunity.

According to the opinion from Stephen Breyer in Torres v. Texas Department of Public Safety, Le Roy Torres, the plaintiff, was called to active duty and deployed to Iraq. While serving, Torres was exposed to toxic burn pits and received an honorable discharge. Upon his return, he suffered from constrictive bronchitis and was unable to work his old job as a state trooper. His employer, the Texas Department of Public Safety, refused to accommodate his physical condition by re-employing him in a different role.

As permitted by the Uniformed Services Employment and Reemployment Rights Act, Torres initiated a civil suit against his employer in Texas state court. Texas’ tried to dismiss the suit by invoking sovereign immunity and the trial court denied the State’s motion.

The Court heavily relied on “the Constitution’s text, its history, and this Court’s precedents” in ruling that the States, including Texas, had waived sovereign immunity from suit over issues relating to “Congress’ power to build and maintain the Armed Forces.”

Ultimately the Court ruled that Texas is not protected by sovereign immunity.

“Upon entering the Union, the States implicitly agreed that their sovereignty would yield to federal policy to build and keep a national military. States thus gave up their immunity from congressionally authorized suits pursuant to the “ ‘plan of the Convention,’ ” as part of “‘the structure of the original Constitution it- self.’ ”

Justice Breyer delivered the opinion of the Court. The vote was 5-4. Clarence Thomas dissented, joined by Alito, Gorsuch, and Barrett.