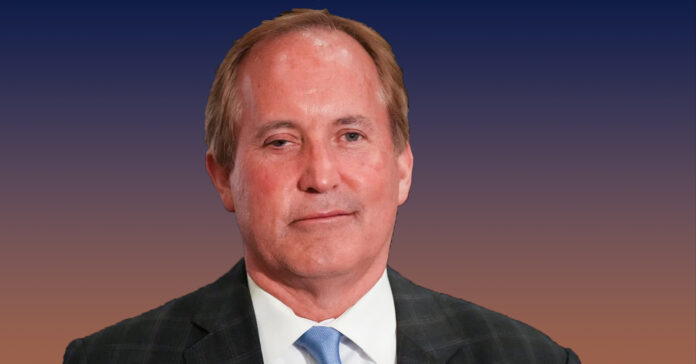 Texas Attorney General Ken Paxton would be on the front lines defending a sodomy law if the Supreme Court decided to revisit the ruling.

Shortly after SCOTUS struck down Roe v. Wade, Paxton showed support for Justice Clarence Thomas’s opinion that the high court could review other precedents that may be deemed “demonstrably erroneous,” including those affecting the LGBTQ community.

The most mentioned case by Thomas was Lawrence v. Texas, which prevents states from banning intimate same-sex relationships. According to The Washington Post, the landmark 2003 ruling struck down a 1973 Texas law that criminalized the act of sodomy.

Paxton said he would defend the state’s defunct sodomy law.

“I mean, there’s all kinds of issues here, but certainly the Supreme Court has stepped into issues that I don’t think there’s any constitutional provision dealing with,” Paxton said in a Friday interview. “They were legislative issues, and this is one of those issues, and there may be more. So it would depend on the issue and dependent on what state law had said at the time.”

Later in that interview, the attorney general was asked if the Texas legislature would pass a similar sodomy law and he suggested he would be comfortable supporting a law that outlawed intimate same-sex relationships.

“Yeah, look, my job is to defend state law, and I’ll continue to do that,” Paxton. “That is my job under the Constitution, and I’m certainly willing and able to do that.”

Besides supporting a sodomy law, Paxtons has also lauded the abortion decision, declaring in a news release that June 24 is now an annual holiday for the Texas Attorney General’s office.

His comments regarding same-sex relationships in Texas were met with blowback from critics, including Rochelle Garza, the Democratic nominee for State Attorney General who is running against Paxton in November.

“Roe was just the first — they won’t stop till they roll back all of our civil rights,” she tweeted Tuesday. “We MUST kick Ken Paxton out of office this Nov. When I’m Attorney General, Texans will have a Civil Rights Division to protect ALL of our Rights.”