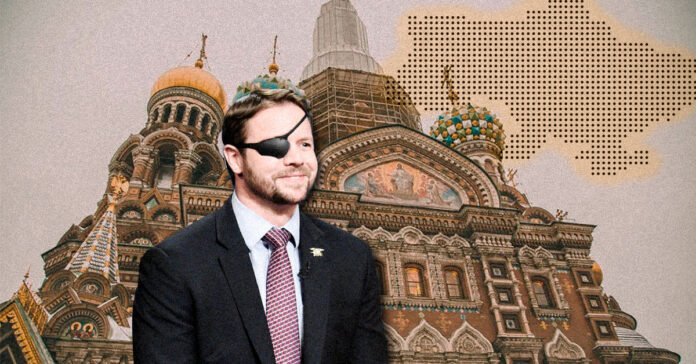 His comments came right after Joe Biden made a comment about a “minor incursion” by Russia that critics interpreted as giving Russian President Putin permission to invade.

“It’s one thing if it’s a minor incursion and we end up having to fight about what to do and not to do,” Biden said.

Crenshaw disagreed with the White House’s position and suggested deterrence as the solution.

He also criticized the President’s actions in Afghanistan where “Biden proved to the world, we weren’t willing to stand up for our allies,” and said the decreasing number of troops in Germany is an example of there being “less and less deterrence.”

According to Crenshaw, since the Biden Administration failed to deter conflict, we now need to establish clear consequences for what will happen if Russia invades Ukraine, that is the only option left.

He also recognized that Former President Donald Trump practiced deterrence and as a result, the United States of America was better for it.

“The only one who stood up to them was Donald Trump. And guess what? There were no incursions in any territories during Donald Trump’s presidency,” Crenshaw continued. “There’s a reason for that. Very simple elements of deterrence were actually enforced.”